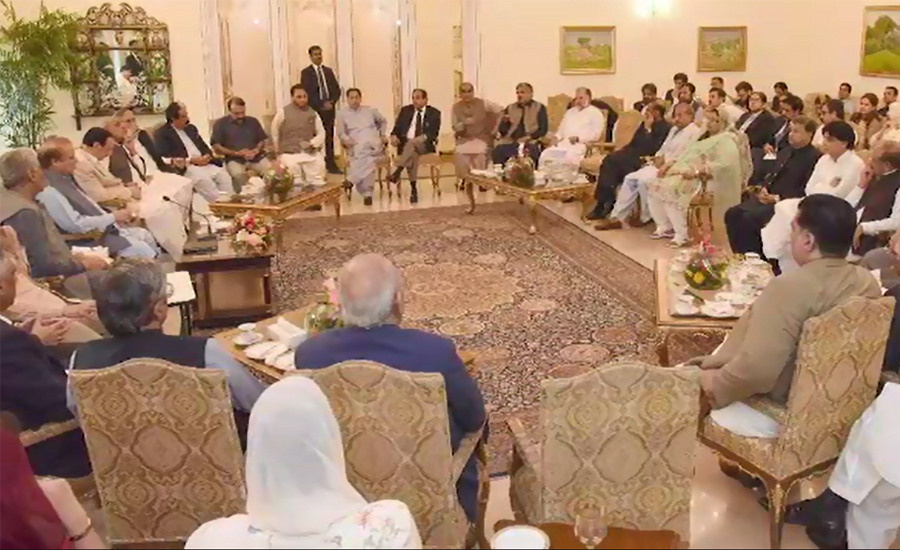 ISLAMABAD (92 News) – The Pakistan Muslim League-Nawaz (PML-N) has finalized Shahid Khaqan Abbasi and Shahbaz Sharif for the slot of interim and permanent premiership. The decision was made during a meeting of the parliamentary party chaired by Nawaz Sharif at Punjab House on Saturday. Earlier at an informal meeting, the PML-N leaders expressed full confidence in Nawaz Sharif and endorsed his decision to name Shahbaz Sharif as the new prime minister. Ch Nisar, Shahid Khaqan Abbasi, Pervaiz Rashid, Saad Rafique, Ayaz Sadiq, Asif Kirmani and other leaders also participated in the meeting. The participants also decided to vigorously fight the constitutional and legal fight. It also decided to expedite the public contact campaign. Speaking on the occasion, Nawaz Sharif said that the prime minister having confidence of all will be brought forward. He said that he would go to the court of people. “The people are the biggest JIT. I am not fearful,” he said. Nawaz Sharif said that the people hampering progress will disappoint at last.