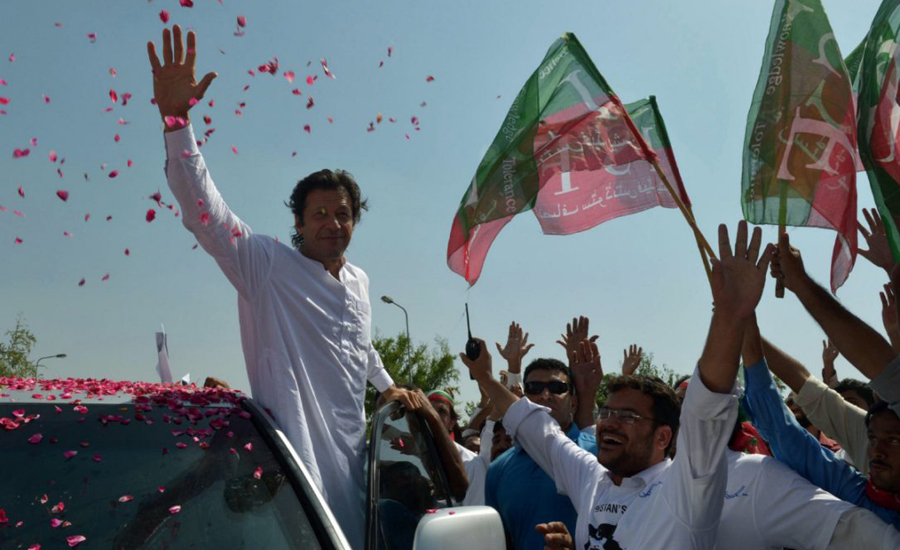 MIANWALI (92 News) – Pakistan Tehreek-e-Insaf said on Sunday that the leadership of Pakistan Muslim League-N (PML-N) has become rich but make the country bankrupted. Addressing to the public rally, Imran criticizes that did Shehbaz Sharif took the electricity in shopping bag with him. He claimed that the Sharif brothers took loan more than everyone in the history of Pakistan, adding that the nation was not politically matured before many years. Imran said when people used to make fun of the PTI, the people of Mianwali stood with me. On the issues of party tickets, Imran said that he faced immense pressure on the matter as everyone was asking for tickets’. “All my relatives from Mianwali were asking for tickets. Nawaz and Zardari distributed tickets among relatives,” said the PTI chief. The PTI chief apologised from the party workers who could not be granted party tickets for General Elections 2018. He also put forth his plan during his opening rally of election campaign. He said PTI was bringing the manifesto of serving people adding that no one would have given such manifesto for Pakistan to solve country’s problems. The PTI chief said his party will strengthen institutions after coming into power. The government will adopt simplicity, said Imran adding that the country will no longer ask anyone for financial assistance. Imran claimed that he would collect R8 trillion taxes from country. Imran Khan said PML-N government had first-hand experience of corruption and money-laundering. He added that Nawaz-led government destroyed the institutions and bankrupted the country. Nawaz and his sons have to give trail of Rs300 billion. He said that the PTI tickets for the General Elections 2018 were given on the basis of merit. The PTI chief said that his party is Pakistan’s biggest political party. Imran Khan initiated the party's election campaign from Mianwali, his hometown. Imran, who is vying to contest the July 25 polls from four constituencies, including Mianwali's NA-95, addressed the party rally at the Hockey Ground.