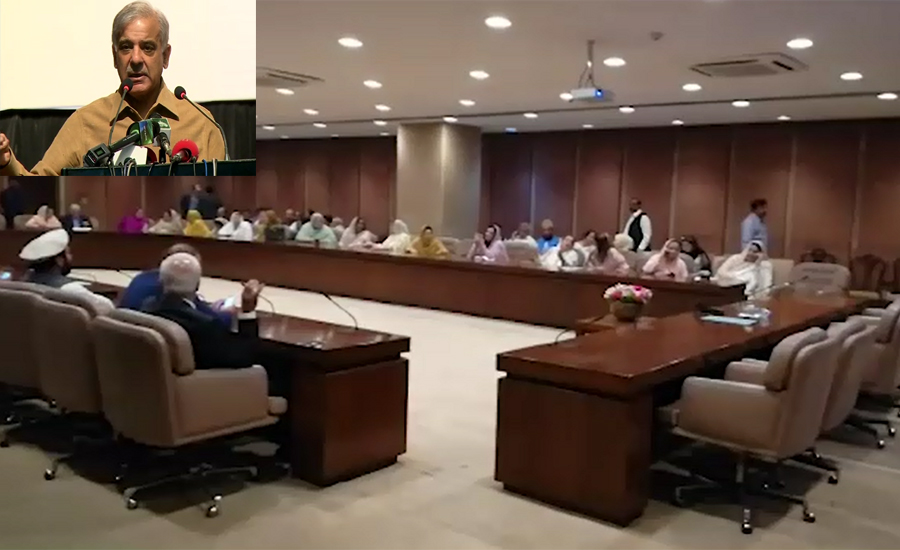 ISLAMABAD (92 News) – Pakistan Muslim League-Nawaz MNAs apprised Shehbaz Sharif of their reservations about the recent controversial statement of party Quaid Nawaz Sharif. Shehbaz Sharif was chairing his maiden parliamentary party meeting on Thursday. Around 120 MNAs of the party, including Prime Minister Shahid Khaqan Abbasi, attended the meeting. The MNAs said that environment is not conducive for electioneering due to Nawaz Sharif’s narrative and recent controversial statement. They demanded that they should be informed about the narrative to be supported. Speaking on the occasion, Shehbaz Sharif said that whoever arranged the interview of Nawaz Sharif was his biggest enemy. “In future, you will see leniency in the statements of Nawaz Sharif.” The lawmakers also mentioned Ch Nisar, saying that he is asset of the party and they should respect him. Sources said that after the parliamentary party meeting, PM Shahid Khaqan Abbasi had a meeting with Shehbaz Sharif in his chamber and Ch Nisar was invited there.