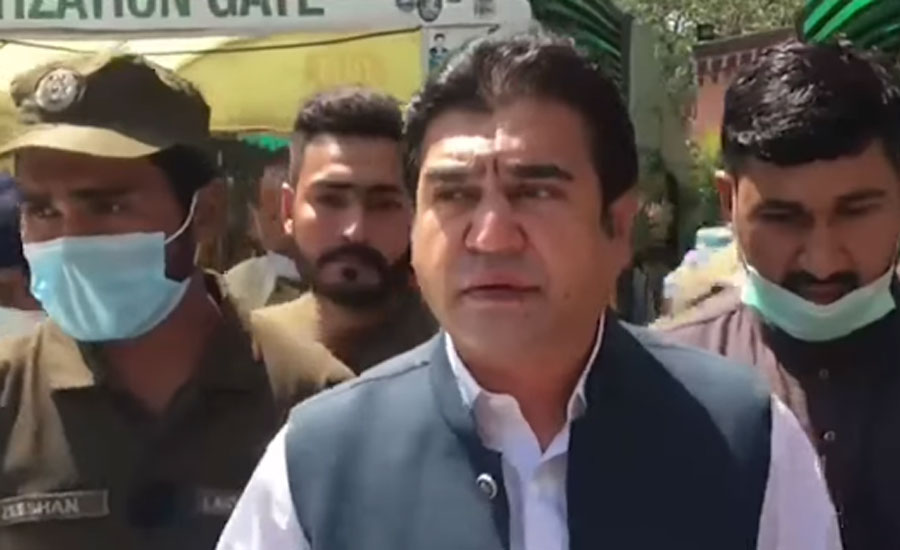 PML-N MNA Mian Naveed Ali was arrested on Wednesday after the Lahore High Court (LHC) dismissed his bail petition in a case pertaining to allegedly manhandling and kidnapping an assistant commissioner in Pakpattan.

LHC Justice Shehram Sarwar Chaudhry dismissed the MPA's bail after the court was informed that the MPA was not cooperating in investigation into the case.

A report was presented to the court stating that the PML-N MPA was asked to appear before the investigation officer of the case but he didn’t turn up.

Police arrested Mian Naveed Ali the moment he stepped out of the courtroom. He was taken into police custody from outside the courtroom.

It is pertinent to mention here that a case was registered against the lawmaker for abusing, torturing, and kidnapping Khawar Bashir on November 15, 2020. The police said that Bashir had raided a marquee and imposed a Rs50,000 fine on the owner for violating coronavirus SOPs after which Ali assaulted him.

Last year in November, the police registered an FIR against Mian Naveed Ali, his father Mian Ahmed Ali and others for allegedly abusing and kidnapping Assistant Commissioner Khawar Bashir.