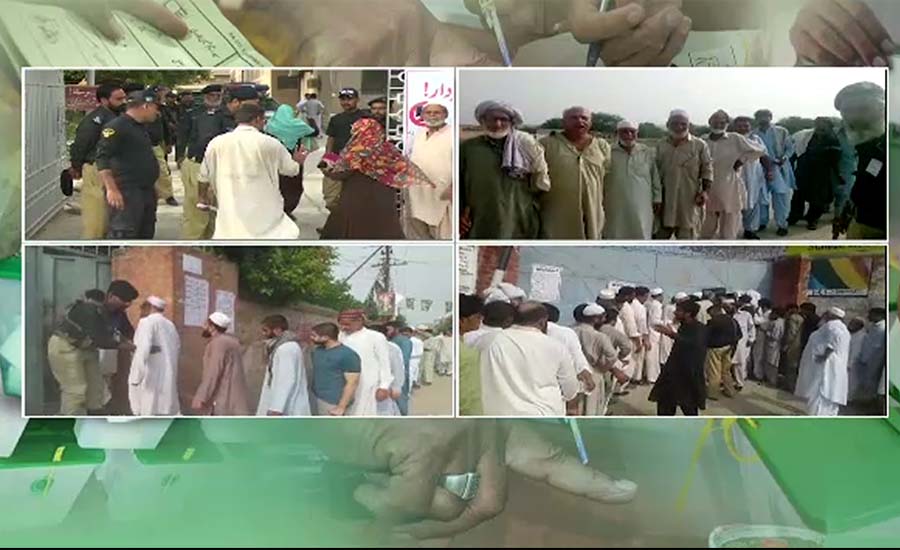 ٰSLAMABAD (92 News) – The Election Commission of Pakistan (ECP) rejected the request of Pakistan Muslim League-N (PML-N) and the Pakistan People's Party for extending one hour polling time across Pakistan. Pakistan Muslim League-N Senator Mushahid Hussain Syed had written to the ECP for seeking one hour extension at all constituencies of across the country. The letter stated that there are long queues of people outside polling stations while the election staff is working slowly. The letter also stated that none can be deprived from the right to vote. The letter further stated that the ECP was empowered under the Election Act 2017 to advance the polling time as no voter can be deprived of his/her right to franchise. Meanwhile, Pakistan Peoples' Party (PPP) leader Farahat Ullah Babar also demanded that the polling time should be extended one hour. "The process of polling is very slow and the voters, who stood in long queues, are facing difficulties in the hot and humid weather," he added. 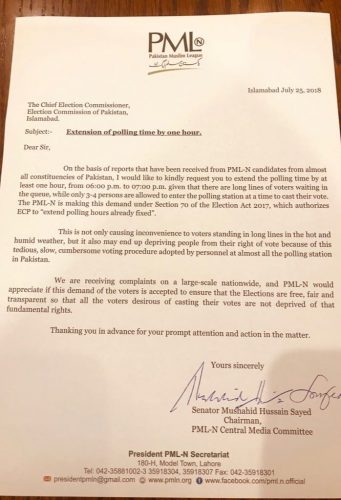 However, the ECP held a session of meeting for discussing about the matter. However, the ECP rejected the demand of both the parties for extension of one hour in the polling time. Polling is under way across the country. Polls opened at 8am and will conclude, without any break, at 6pm.