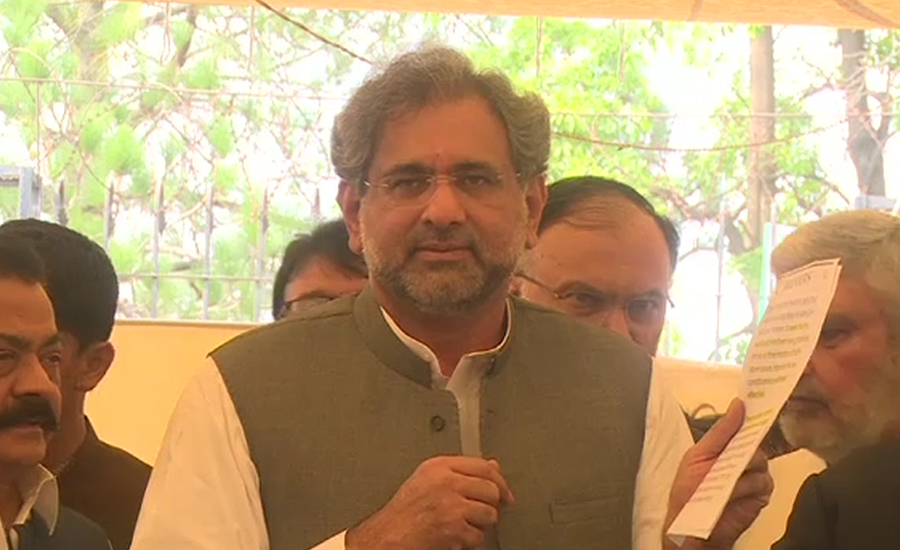 ISLAMABAD (92 News) – Pakistan Muslim League-N (PML-N) on Thursday raised objections over the appointment of Dr Hassan Askari as the caretaker Punjab chief minister. Addressing to the journalists, former PM Abbasi said that the election commission’s decision naming Dr Hassan Askari as caretaker Punjab chief minister might influence in the general election 2018. The former prime minister said that the caretaker CM should be unbiased or neutral. “What is the point of view of Dr Hassan Askari about PML-N that I cannot describe,” he said. “Hassan Askari wrote in his column that the election could be delayed,” he added. Shahid Khaqan Abbasi said that Dr Askari’s appointment as the caretaker Punjab CM would cast doubt over transparency in the upcoming general election. The PML-N rejected the ECP’s decision and called the commission to review its decision about Punjab caretaker CM. Speaking on the occasion, PML-N leader Ahsan Iqbal said that if elections become controversial, a crisis will emerge in the country. He said that PML-N will not let anyone hijack its mandate. On the other hand, Khawaja Saad Rafique said that Prof Hasan Askari himself should withdraw from the responsibility because he is a controversial person. Former law minister Rana Sanaullah said that Dr Askari is very vocal against PML-N and has always targeted their party. “He does not believe in democracy and cannot be expected to ensure work is done on merit and without bias. We have issued a written statement over reservations on Dr Askari’s appointment and we can challenge it,” he added. Earlier today, the ECP nominated Dr Hasan Askari as caretaker Punjab chief minister after a parliamentary committee failed to reach a consensus over the proposed candidates.