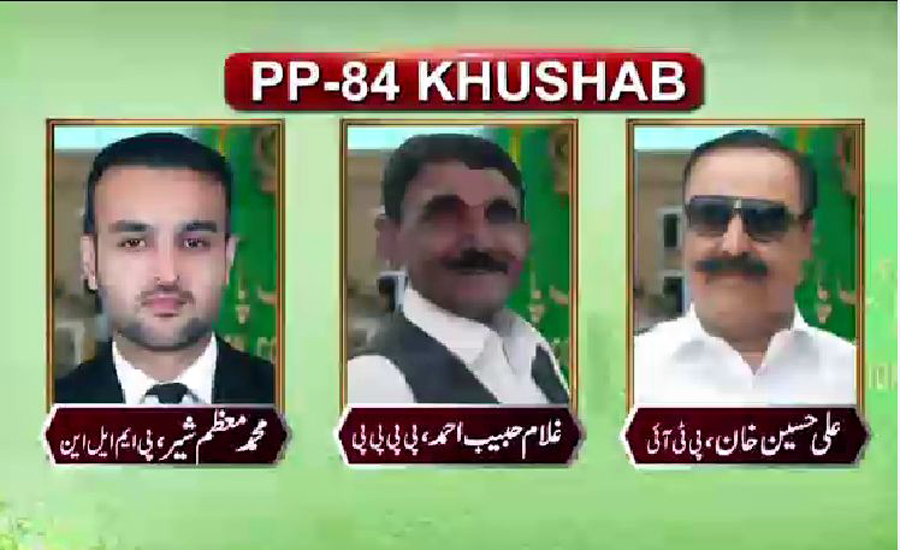 According to unofficial results, Ali Hussain Khan of the Pakistan Tehreek-e-Insaf (PTI) got 62,903 votes. The voters turn out remained 52.99 per cent.

After the victory, workers danced and distribute sweets.

Reacting to the victory, PML-N vice-president Maryam Nawaz thanked the people of Khushab.