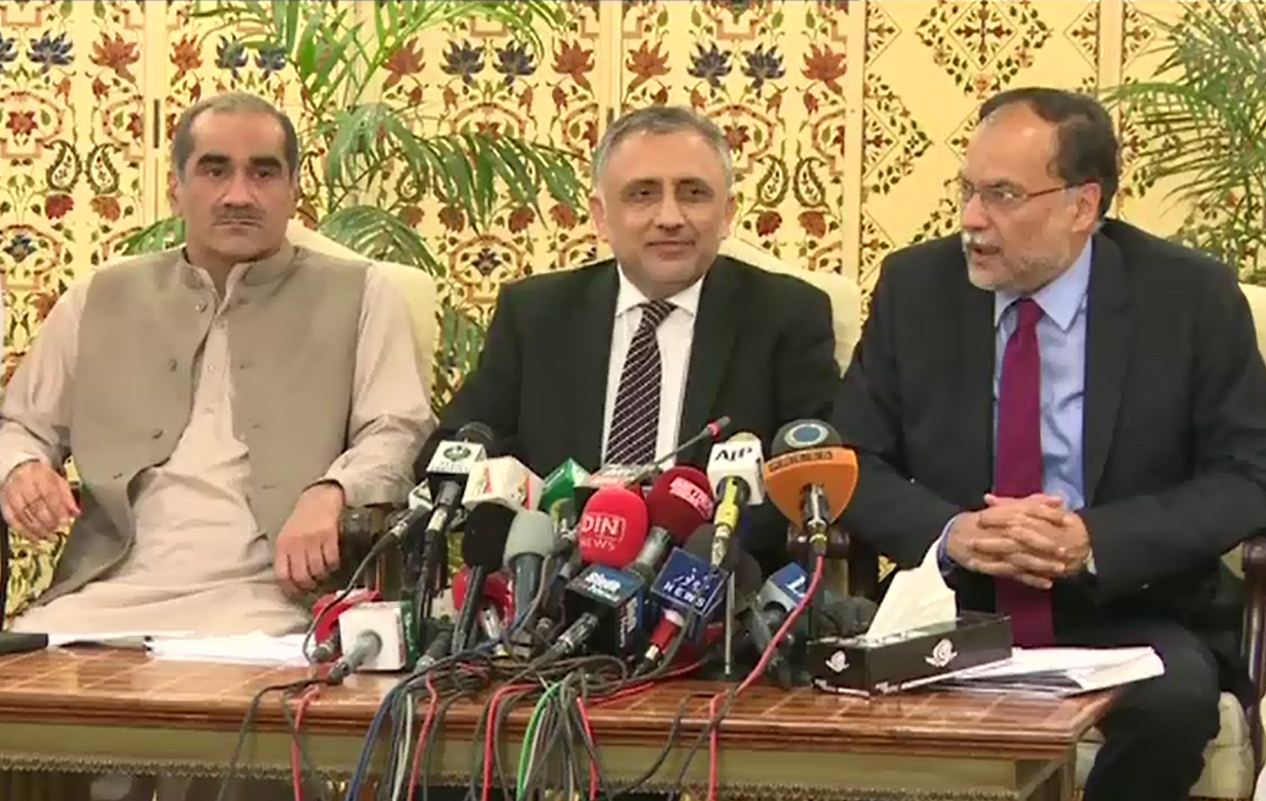 ISLAMABAD (92 News) – The Pakistan Muslim League-Nawaz (PML-N) has decided to challenge the Panama verdict, saying it is unacceptable. Barrister Zafarullah said that requirements of justice had not been fulfilled in the case. “Three judges heard the implementation case, while five judges announced the verdict that is surprising,” he said. Shahid Khaqan Abbasi said that Nawaz Sharif has not been disqualified for corruption, but for getting money from his son. Khawaja Saad Rafique said that they would not walk by bowing their heads. “It will be decided who has the right to rule,” he added.