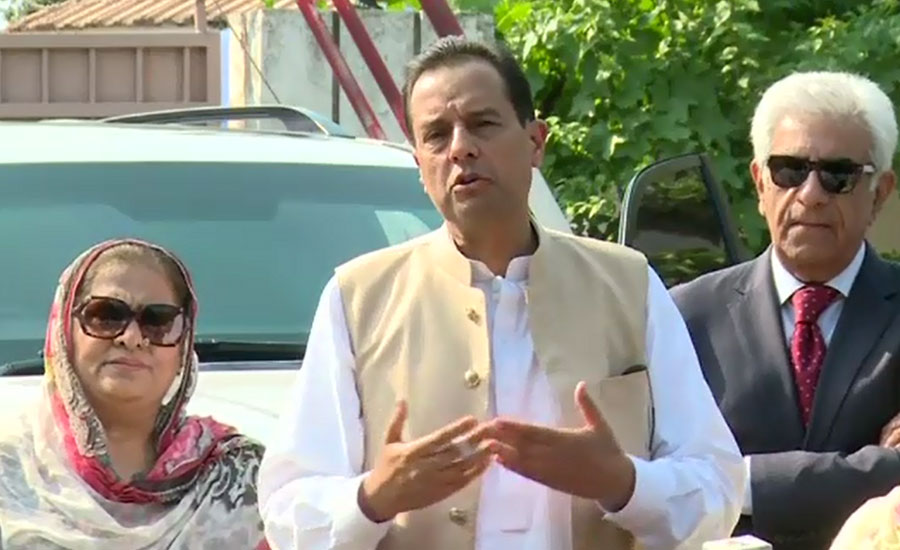 LAHORE (92 News) - A sessions court here on Friday rejected bail pleas of Captain (rtd) Muhammad Safdar and other accused in the PML-N workers clash with police outside NAB office. Additional Sessions Judge Shakeel Ahmed heard the bail pleas of Captain Safdar and other accused in the NAB office attack case. The judge dismissed the bail applications. In the written verdict in the PML-N riot case outside the NAB office, it said that according to the prosecutor, only Maryam Nawaz was called for inquiry but a large number of people arrived at outside the office. CCTV footage and evidence show that their purpose was to spread fear and panic. The police apprised the court that terrorism charges have been added to the case, due to which the applicants should approach an anti-terrorism court (ATC) to seek bail. Rejecting the bail pleas, the judge ruled that the sessions court can no longer hear the case after inclusion of Section 7 of the Anti-Terrorism Act in the case and asked the applicants to approach the relevant court for the purpose. Chuhang police incorporated terrorism charges in the FIR registered against PML-N vice president Maryam Nawaz, party leaders, and supporters over a violent clash with law enforcers outside NAB Lahore office. A local court sent MPA Adnan Fareed among other 58 arrested PML-N workers to prison on 14-day judicial remand over clash outside the NAB office. But a court granted bail all the accused after a day, however, Maryam and other party leaders, including Rana Sanaullah, have not yet obtained bail. On Aug 11, violence ensued outside the NAB office as PML-N workers police contingents clashed shortly after the arrival of Maryam Nawaz there in a land case. Many people, including policemen and NAB officials, were injured and more than 50 were arrested after police fired tear gas when the PML-N workers started pelting them and the NAB office with stone.