MULTAN (92 News) – A university 21-year-old student in Multan alleged that Pakistan Muslim League-N (MPA) Attaur Rehman has been raping her for 11 months.  According to the reports, the student alleged that she was sexually assaulted for over 11 months and she was blackmailed that her video will be posted on the social media if she did not obey him. In application submitted to a local magistrate, she had been allegedly raped on multiple occasions by MPA Attaur Rehman, elected from PP-210 (Lodhran-IV) in the 2018 general elections. 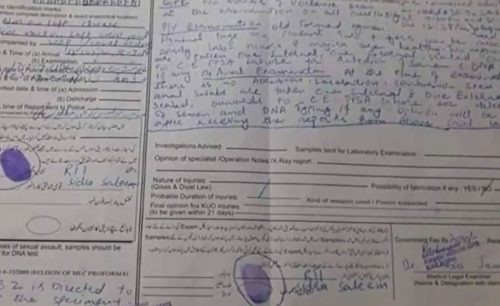 The reports said that Police refused to register the complaint despite repeated attempts made by the victim. She has been working at Pakistan Human Development Foundation (PHDF) – a local NGO being run by the accused – ever since. Taking notice of the situation, the court has directed swift action over her complaint. On the other hand, the PML-N’s MPA declared all the allegations leveled against him as propaganda. https://www.youtube.com/watch?v=GJCZgyyIIqM