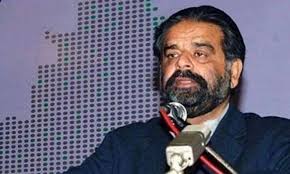 MULTAN (92 News) – Pakistan Muslim League (PML-N) former federal minister and Central Leader Sikandar Hayat Bosan on Saturday decided to Join Pakistan Tehreek-e-Insaf (PTI). According to the details, Sikandar Hayat Bosan and his brother Shoukat Boson do not contest upcoming election on PML-N's tickets. they have to decided to join the PTI. the PTI's leader expressed their reservations about Sikandar Boson. According to the sources, the PTI leaders said that if Sikandar was included in the party, they will protest against this decision. They claimed that Sikandar was involved in illegal activities in the past. Jahangir Tareen wanted to include Sikandar in the PTI but Shah Mehmood Qureshi and other party members were opposed this decision. Earlier on Friday, former governor Punjab and disgruntled leader of PML-N, Sardar Zulfiqar Khosa also joined PTI.