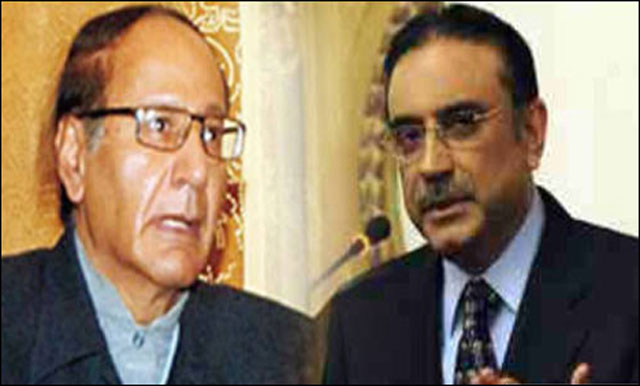 ISLAMABAD (92 News) – Pakistan People’s Party (PPP) co-chairman Asif Ali Zardari called on Pakistan Muslim League-Quaid (PML-Q) chief Chaudhry Shujaat and lauded his efforts for supporting party candidate Nadeem Afzal Chan in Punjab. Speaking on the occasion, Asif Ali Zardari said that the PPP had opposed the extra-constitutional steps in past and will continue to do so in future. PPP leader Nadeem Afzal Chan alleged that the PML-N is resorting to horse-trading in Punjab. He said the Senate election through ‘show of hands’ an insult to the parliament.