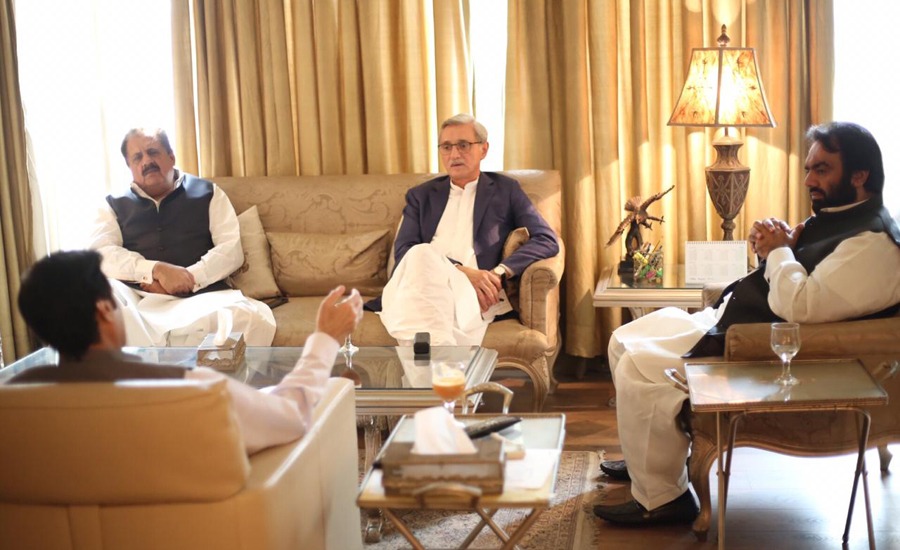 LAHORE (92 News) – PML-Q leaders have complained to Jahangir Tareen about Punjab Governor Ch Sarwar. In a video that went viral on Saturday, Ch Pervaiz Elahi asked Jahangir Tareen to control Ch Sarwar who will not allow the Punjab chief minister to continue. The video shows a meeting between Jahangir Tareen, Punjab Minister for Mines and Minerals Hafiz Ammar Yasir, and PML-Q leaders Chaudhry Pervaiz Elahi and Federal Minister for Housing Tariq Bashir Cheema. Tariq Bashir Cheema also complained about the interference of Ch Sarwar in his constituency. Punjab Governor Ch Sarwar, in his statement after the video surfaced, said that Chief Minister Usman Buzdar is fully powerful and is following the vision of Imran Khan. “We are with Usman Buzdar who is working for a change in the province,” he said. After the incident, Prime Minister Imran Khan called Governor Ch Sarwar for a meeting. Punjab Chief Minister Usman Buzdar and Jahangir Tareen were present also in the meeting.