PML-Q not to support any conspiracy against Punjab CM: Shujaat 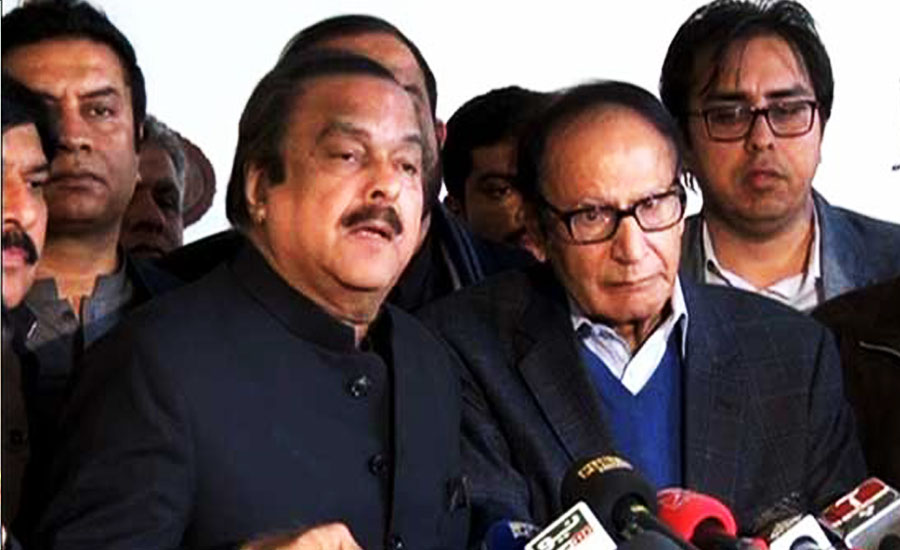 PML-Q not to support any conspiracy against Punjab CM: Shujaat

LAHORE (92 News) – Pakistan Muslim League-Q (PML-Q) will not become a part of any conspiracy against Punjab Chief Minister Usman Buzdar, said Chaudhry Shujaat Hussain on Sunday. Speaking to the journalists along with Prime Minister’s Special Assistant on Political Affairs Naeemul Haq, Ch Shujaat denied an impression of differences between the coalition partners. He said that some people want to create differences between the two parties and spreading rumours about it. The PML-Q leader further mentioned that the rumour-mongers will spread rumours, adding that they want to create differences in our ranks but the alliance of PML-Q and PTI will remain intact. Ch Shujaat further clarified that no conspiracy being hatched against the Punjab chief minister and if someone will try to do so our party will not back them. “We will support the federal government led by Prime Minister Imran Khan,” he added. On the occasion, Pakistan Tehreek-e-Insaf (PTI) leader Naeemul Haq said that the government’s alliance with the PML-Q is quite strong. The PM’s adviser said Chaudhry Pervaiz Elahi is playing a vital role in his position as the speaker of the Punjab Assembly. He said two PML-Q ministers are a part of the cabinet and the government will take more ministers from PML-Q whenever the federal or provincial cabinets are expanded. He explained that the PTI will get the benefit of the experience of Chaudhry Shujaat Hussain. He further explained that the PTI leaders’ visit aimed to tell the world that the two parties have stronger bonds. It is worth mentioning here that a delegation of PTI visited the residence of Chaudhry Shujaat and talked with the PML-Q leader over extension in the federal cabinet. Chaudhry Moonis Elahi is expected to be indicted in the Prime Minister Imran Khan’s cabinet.