LAHORE (92 News) – Pakistan Muslim League-N Member of National Assembly (MNA) Afzal Khokhar was arrested from the Supreme Court’s Lahore registry premises in land grabbing charges on Tuesday (today). A two-member bench in SC Lahore Registry headed by Chief Justice of Pakistan heard suo moto case related to alleged illegal possession of land by Afzal Khokhar and Shafi Khokhar. It is pertinent to mention here that Afzal Khokhar was arrested in the FIR which was lodged earlier night. He was accused of illegal possession of a citizen’s land. 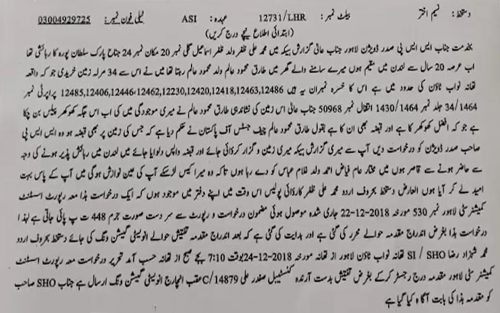 The local police said that Khokhar was arrested on illegally taking into possession 34 marla land of a citizen, Tariq Mahmood, a few years back. “Khokhar has built his home on the grabbed land,” said an FIR registered by Mahmood. “I am giving lawyer Fayyaz Ahmed the authority to fight the case as I am residing in London right now.” Khokhar was arrested immediately after he left the courtroom. Later, the Anti-Corruption Establishment (ACE) officials took Shafi Khokhar into custody for further investigation into the matter. 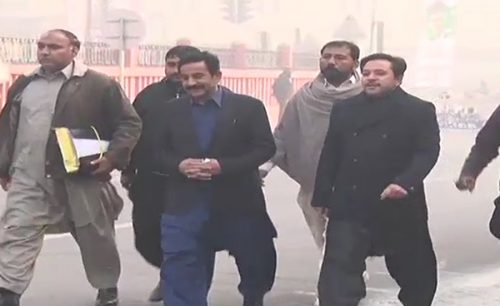