PM’s 100-days plan would be achieved before time: Sheikh Rasheed 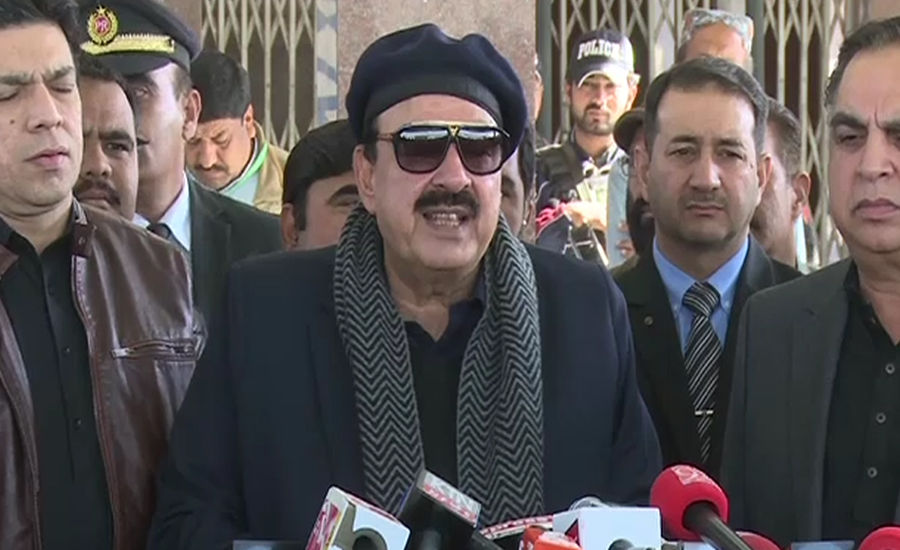 PM’s 100-days plan would be achieved before time: Sheikh Rasheed

QUETTA (92 News) – Minister for Railways Sheikh Rasheed Ahmed said on Wednesday that the prime minister’s 100-days plan would be achieved before time. Sheikh Rasheed visited Quetta Railway headquarter along with Sindh Governor Imran Ismail and Minister for Water Resources Faisal Vawda. Speaking to the journalists, the minister said that a railway station would be constructed in Gwadar. He mentioned that the provincial government has provided land to Pakistan Railways for the railway station. Faisal Vawda said that the work of 500 days have been done within 50 days. He also said that Balochistan was ignored in the past but the PTI government is taking steps for progress and prosperity of Balochistan. He said that water issue between Sindh and Balochistan would be resolved soon. He also the incumbent government will launch two mega projects in Balochistan, adding that former railways minster Khawaja Saad Rafique should travel in old trains before going for a prison. On this occasion, Imran Ismail said that Railways Minister is taking steps for the betterment of Pakistan Railways. He termed that the cabinet is performing well under the chair of PM Imran Khan. He said that the steps is being taken to reduce the deficit in the railway, however, he insisted that all appointments in the railways would be made on merit.