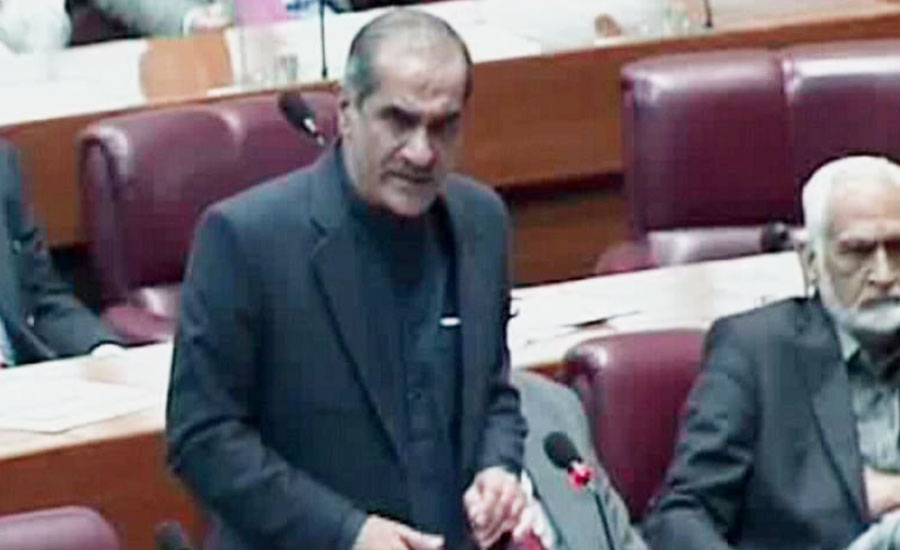 ISLAMABAD (92 News) – Reacting to the government’s stance over ongoing tension after top court’s verdict in Asia Bibi case, member of National Assembly Khawaja Saad Rafique Khawaja Saad Rafique on Thursday has termed Prime Minister Imran Khan’s attitude as aggressive. Speaking on the floor of the House, he said the religion card that was used against the previous government was now being used once again. He also said that the government must avoid use of force against protesters demonstrating on the streets. “None is taking political benefit from the current situation, some religious elements are demonstrating on the roads by using name of religion and no conscious citizens agree with this stance,” he mentioned. Saad Rafique criticized the Pakistan Tehreek-e-Insaf (PTI) and said that after coming into power, its leaders have always invited opposition to protest against them on containers instead of focusing on their performances. The former Railways minister further demanded the PM to come in the parliament and share policy statement. He said that crisis has hindered development in the country. The former minister said it was our collective responsibility to protect the integrity of Pakistan. The former minister also called upon the government not to use force against protesters, who are staged demonstration against acquitting Asia Bibi in blasphemy case’s verdict of the apex court.