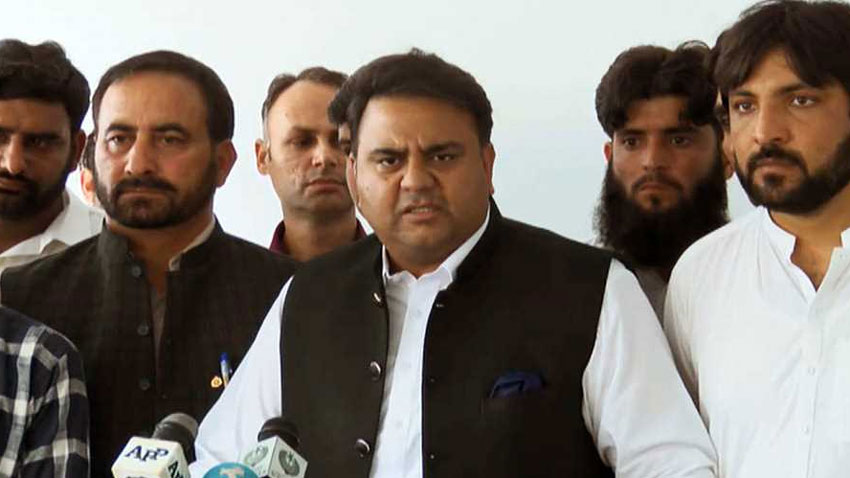 ISLAMABAD (92 News) – Minister for Information Fawad Chaudhry has said that Pakistan is in take off position right now after far reaching measures by the government’s economic team. Speaking to the journalists outside parliament house, he said that the PTI government inherited a huge backlog of foreign loans, however; the government has been able to recover from the economic crises and financial crunch due to better management of state affairs by the prime minster and his team. He said the prime minister’s recent visit to Saudi Arabia and his upcoming visit to China would help Pakistan overcome all the economic woes left by the previous regime. The minister said Imran Khan’s three day visit to China from Friday would help open a new chapter of bilateral cooperation between the two friendly countries and bringing economic stability at home. He said Pakistan Stock Exchange has performed extremely well over the last week showing 1450 points surge in its index due to positive economic indicators. The information minister said that these indicators would also help attract foreign and local investment in different sectors, generating fresh economic activities and creating jobs for our youth. Touching upon the recently launched Pakistan Citizen's Portal, the information minister said it has evinced a great public response and about one hundred thousand complaints have so far been registered with the portal. He said the relevant authorities would begin responding to these complaints by next Sunday. To a question, Fawad Chaudhry said the opposition parties are playing the All Parties Conference card just to seek NRO. He however made it clear that the accountability process will continue without any discrimination and no one will be allowed to get away with his corruption. To another question, the minister said the government opposes opposition leader Shahbaz Sharif's appointment as Chairman Public Accounts Committee as he is facing corruption charges and is in custody of National Accountability Bureau for interrogation in the Ashiana Housing scam.