Pokemon GO fans told not to play in US Holocaust Museum 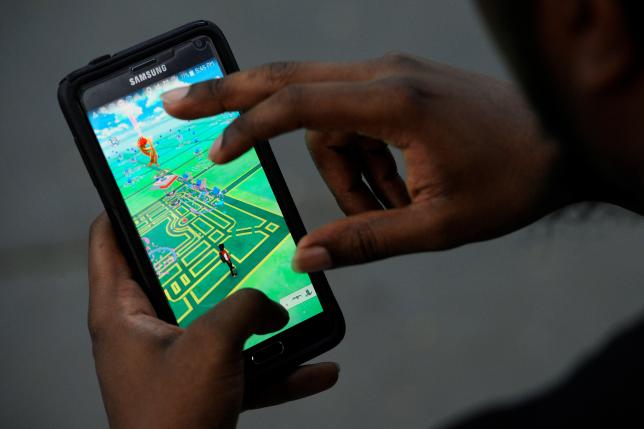 Pokemon GO fans told not to play in US Holocaust Museum

WASHINGTON - The US Holocaust Memorial Museum has told Pokemon GO fans not to play the popular new mobile game in its premises, describing it as "extremely inappropriate" in a memorial dedicated to the victims of Nazism. The game involves using a mobile device to find and capture virtual Pokemon characters at real life locations, including apparently inside the Washington-based museum. The idea of players roaming its halls, eyes glued to phones in search of the computerized figures, shocked many after an image was posted online showing one of the characters located outside the doors to the museum's Helena Rubinstein Auditorium. "We are attempting to have the museum removed from the game," the museum's communications director, Andy Hollinger, said in a statement. The museum encourages visitors to use their mobile phones to share and engage with exhibits while visiting, he added. "Technology can be an important learning tool, but this game falls far outside of our educational and memorial mission," Hollinger said. During a visit to the museum on Tuesday, a Reuters reporter saw various visitors using phones to take photos or send messages, but no one obviously playing games. That included the area outside the Helena Rubinstein Auditorium, which features recorded testimonies from Jews who survived the gas chambers. Niantic, the game's creator, did not respond to requests for comment about the museum's complaint. Interest in Pokemon GO has surged since its release last week. The game was the most downloaded free app on Apple's app store, while Nintendo shares surged nearly 25 percent on Monday for their biggest daily gains ever based on its success. On Tuesday, a Democratic US senator asked Niantic to clarify the game's data privacy protections, amid concerns it was unnecessarily collecting lots of user data. -Reuters