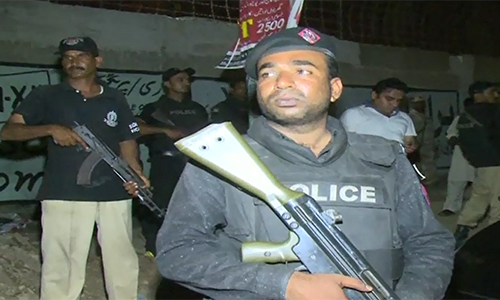 KARACHI (92 News) – The police arrested three terrorists of the defunct Balochistan Liberation Army (BLA) from Manghu Pir and Sultanabad on Thursday. Two hand grenades and weapons were recovered from the terrorists. The terrorists were identified as Amir Khan, Mehrullah and Amjad. SP Orangi Ali Asif said that the accused were planning for terrorism.