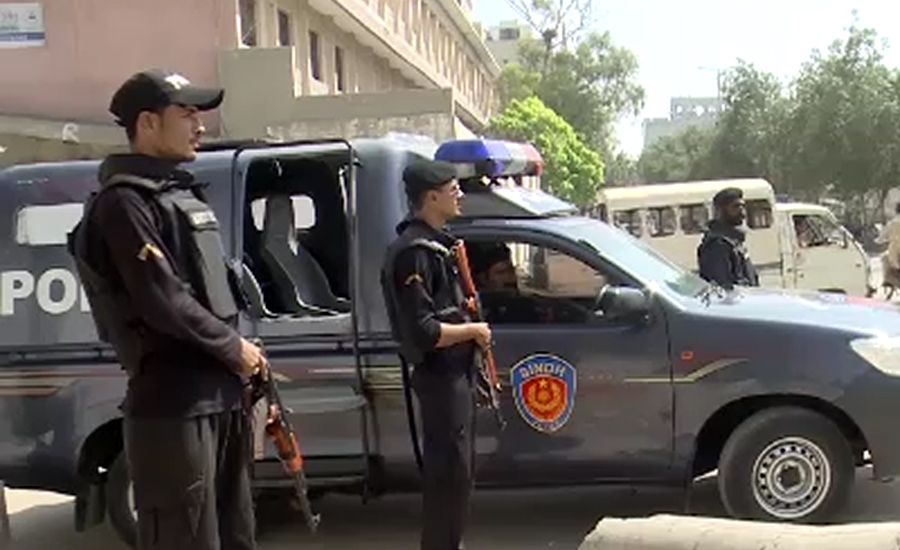 KARACHI (92 News) – The police on Wednesday have arrested two suspected target killers associated with Muttahida Qaumi Movement-London (MQM-L) during action in Orangi Town area of Karachi. According to the police, the police conducted a raid in Orangi Town on a tip-off and arrested two target killers associated with MQM-L. The target killers were identified as Faraz Fajju and Zeeshan Chilli. It is pertinent to mention here that these target killers were wanted in murder cases of woman and police personnel. On the other side, on suspect of extortionate arrested from Abdullah Bungalows Surjani Town in Karachi and also recovered weapons. Earlier, the law enforcement agencies on Friday arrested target killing team affiliated with MQM-London in Karachi. According to the details, the set-up of MQM-L South Africa was disturbed and removed as the target killing team arrested in Karachi. The MQM-L leaders were worried and the founder of MQM started to constitute new set-up. It was reported that the security forces have apprehended target killer affiliated to MQM-London, who is member of MQM-London’s Saleem Belgium’s target killing team. Meanwhile, Saleem Belgium was also removed from his designation. He was given the task of terrorism in Pakistan. The security forces recovered illegal weapons and ammunition from their possession, said that police officer and added that the weapons and ammunition were being set for forensic test.