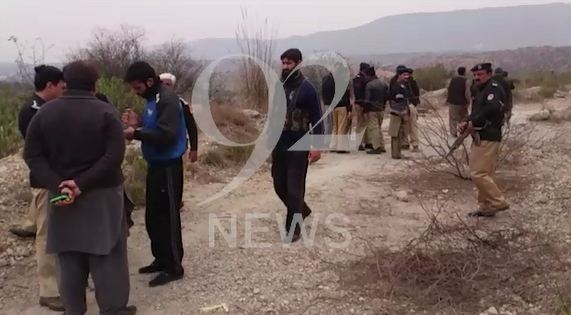 JEHLUM (92 News) – Police, while foiling a bomb plot at railway track, have on Thursday shot dead a terrorist when he was trying to plant bomb on the track near Domaili Morr in Jhelum.

As per details, a terrorist tried to blow up the railway track near Domaili Morr but the police reached the spot and foiled his bid.

The terrorist opened firing after seeing the police and threw hand grenades, in retaliation, the police killed the terrorists on the spot, while police officials and Bomb Disposal Squad (BDS) reached the spot.

The security forces cordoned off the area and launched search operation.