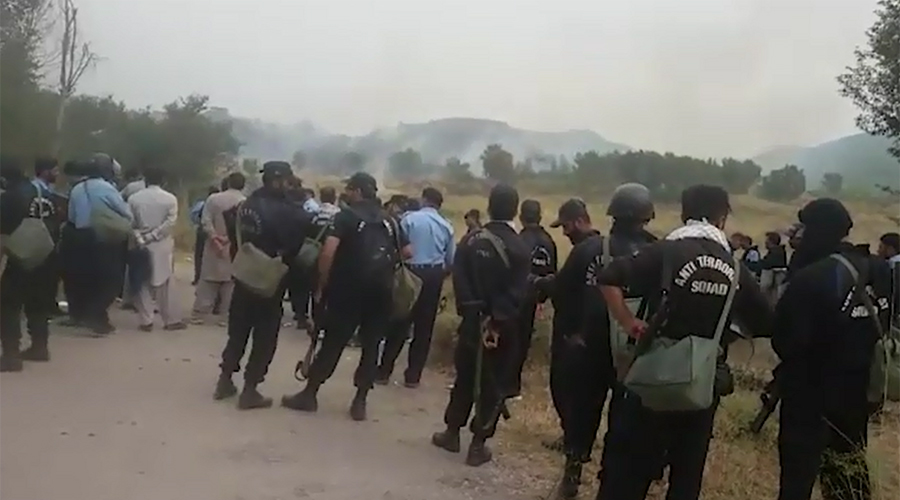 ISLAMABAD (92 News) – The police, in another crackdown against the Pakistan Tehreek-e-Insaf (PTI) workers, arrested 50 workers, The police arrested at least 50 PTI workers, including women and PTI leader Ali Amir Gandapur, from an inside route towards Bani Gala. Moreover, the police also stopped Chaudhry Sarwar 2 km away from Imran Khan’s residence. PTI leader Uzma Kardar was also stopped by the police. "The police are stopping us illegally. We will go to Imran Khan at every cost," Ch Sarwar said. He demanded of the government to immediately release their arrested workers. The protestors set the bushes on fire at a hill near Bangash road, Bani Gala. In view of the situation, Imran Khan has called an urgent meeting at Bani Gala at 1pm. Khan has directed the senior party leadership to immediately reach his residence.