Policemen, firemen among over 400 Myanmar nationals seeking shelter in India 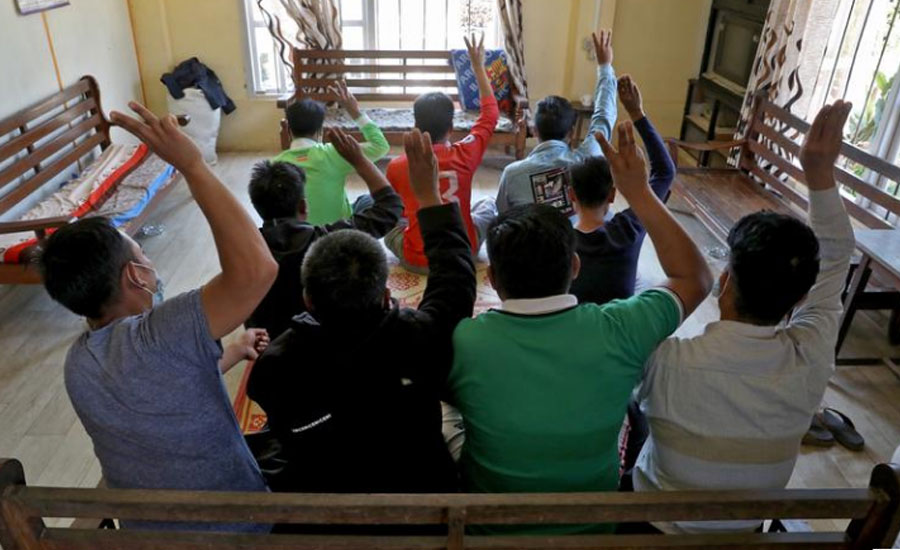 Policemen, firemen among over 400 Myanmar nationals seeking shelter in India

CHAMPHAI, India (Reuters) - More than 400 people from Myanmar, many of them policemen, have crossed into neighbouring India since late February, an Indian police officer said on Monday, as Myanmar security forces seek to crush pro-democracy demonstrators after last month’s coup.

The policemen said they had fled because they feared persecution after refusing to obey the military junta’s orders to shoot protesters.

“About 116 crossed on Friday,” the police officer in the Indian state of Mizoram told Reuters, declining to be named because of the sensitivity of the issue. They included policemen and firemen, some of whom carried only clothes stuffed into white plastic sacks as they crossed the border.

India’s federal government has ordered local authorities to stop the influx but the mountain terrain is porous and hard to patrol. There are also close ethnic and cultural ties between the people on the two sides of the remote border.

Around 140 people have died so far and thousands detained in Myanmar since the Feb. 1 military coup. Protesters continue to take to the streets in defiance of the authorities, who have used rubber bullets, tear gas and live ammunition to stop them.

Myanmar’s junta says it is exercising great restraint in handling what it describes as demonstrations by “riotous protesters” whom it accuses of attacking police and harming national security and stability.

‘I SUPPORT THE CDM’

One of the largest groups of recent arrivals in India - numbering around 100 - are housed in a village in Mizoram’s Champhai district, a short drive on rough mountain roads from the Tiau river that marks the border between the two countries.

A handful of them sat in a sunlit room on Monday, smoking hand-rolled cigarettes and hunched over their phones. One watched Facebook videos of protesters clashing with Myanmar security forces.

Among those sheltering in the village, which local community leaders asked not to name, was a fire department official from Myanmar’s Chin state who gave his name only as Khaw.

The official said his superiors had asked him on Feb. 18 to hose down and disperse anti-coup demonstrators.

Khaw, 34, said he had refused the order and stopped going to work, along with 20 other firemen.

“I support the CDM,” he said, referring to the civil disobedience movement against Myanmar’s junta.

“I didn’t want to be under the control of the military,” he said, speaking through an interpreter, adding that 16 other Myanmar firemen had also sought shelter in the Indian village.

Reuters was not in a position to verify his account. A spokesman for the junta could not be reached for comment.

Last week, some Myanmar police who fled to India told Reuters they had been ordered to directly shoot at protesters.

But Khaw’s account is among the first from emergency service officials fleeing Myanmar after disobeying orders.

Khaw said he did not carry any Myanmar ID in case he was caught by the country’s security forces, but he showed Reuters recent photos of himself in a fireman’s uniform.

After joining the civil disobedience movement, Khaw said he hid in a forested area of Chin state with around 30 others.

On March 3, Myanmar security forces discovered their hideout, forcing him to flee the country, leaving behind his wife and four children.