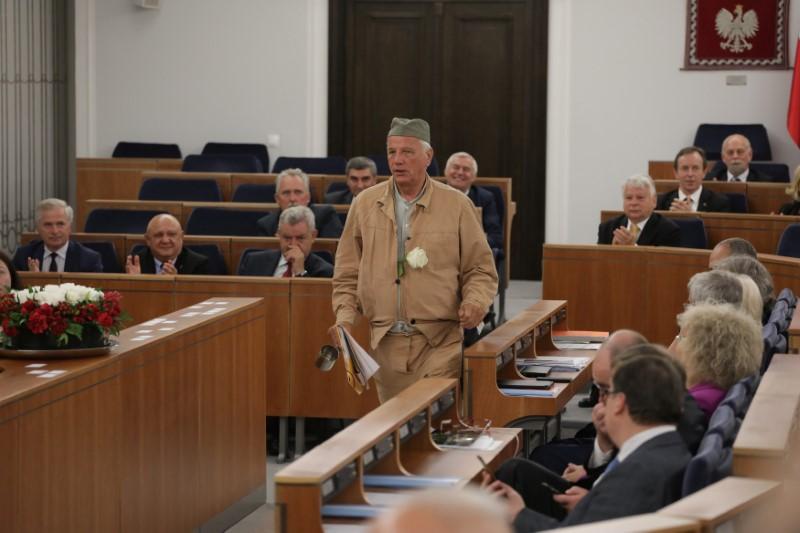 WARSAW (Reuters) - Poland's senate was expected to back new powers letting politicians appoint supreme court judges, defying protesters massed in the streets overnight against what they see as a move towards authoritarian rule.

Prime Minister Beata Szydlo said he would not give into pressure at home or abroad on the judicial reform bill, setting up a confrontation with the EU, which has given Warsaw a week to drop the plans, calling them a challenge to democracy.

Tens of thousands gathered in cities across Poland into the early hours of Friday, some carrying Polish and European Union flags and chanting, "Free Poland, European!"

Opposition groups and other critics say the draft legislation up for debate in parliament's upper house later on Friday is part of a power grab by the ruling Law and Justice (PiS) party that would undermine the EU's liberal standards.

"There is a lot of disappointment with Poland (in Western Europe)," Judy Dempsey, an analyst with the Carnegie Europe think-tank told liberal Gazeta Wyborcza daily in an article published on Friday. "There is a sense we need to put a stop to this destruction of European values."

The government of the EU's biggest eastern member state says the judicial bill is needed to make courts more accountable.

"We will not give into pressure. We will not be intimidated by Polish and foreign defenders of the interests of the elite," the prime minister said in an address on state television.

PiS has offered no concessions, instead presenting the criticism as unacceptable foreign meddling in the domestic affairs of the country, which overthrew communism in 1989 and joined the EU in 2004.

Once the legislation passes in the senate - where PiS has a majority - the bill will go to President Andrzej Duda, a PiS ally, for final approval.

Since being elected in 2015, PiS has tightened government control over courts and prosecutors, as well as state media, and introduced restrictions on public gatherings and the activity of non-governmental organisations.

Its brand of patriotic rhetoric infused with Catholic piety resonates strongly with many Poles who feel frustrated by a gap in standards of living with the west, nearly three decades after the collapse of communism.