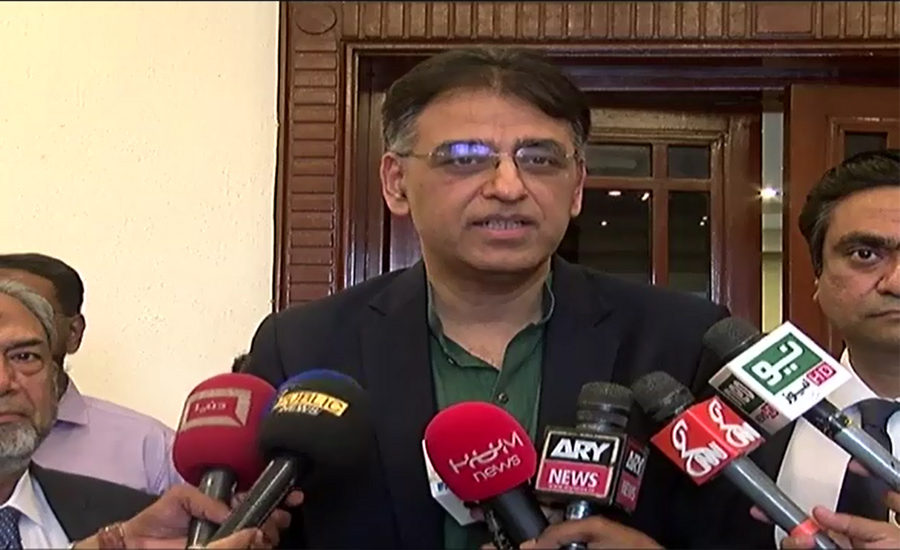 KARACHI (92 News) – Finance Minister Asad Umar has said that political nexus and incompetence are the reason behind low tax net in the country. Talking to the media on Saturday, he said that 1,300 cases of tax payments are in courts and special benches are being constituted to decide them. He said that US$1 billion dollar from Saudi Arabia will reach Pakistan in a couple of days. “The decision on the IMF loan will be made by Monday,” he added. The minister claimed that Hundi amounts are directly used in terrorism and illegal activities. “We are taking steps to get back the looted money,” he said. He said that Pakistanis’ 4,000 illegal properties have been located in Dubai and legal notices are being served on them. Talking to the media after a meeting with Overseas Chamber of Commerce members, Federal Minister Asad Umar said that the proposals of industrials are very important. The Overseas Chamber of Commerce delegation briefed the minister that there are ample opportunities of investment in the energy and IT sectors. “There is need to restore credibility,” he added.