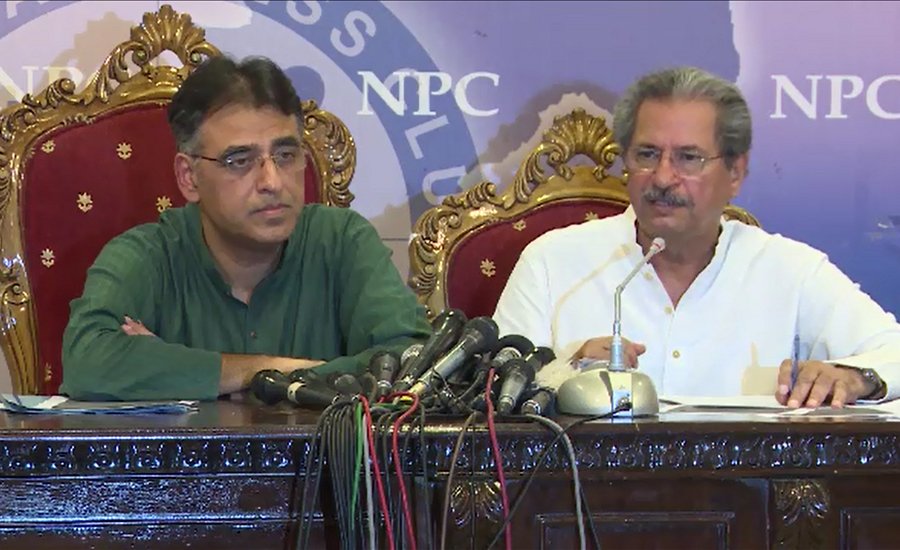 ISLAMABAD (92 News) – Pakistan Tehreek-e-Insaf (PTI) leader Shafqat Mahmood has on Wednesday said that Prime Minister Nawaz Sharif will have to go and all the political parties are agreed on this.

Addressing a press conference in Islamabad on Wednesday he said that Finance Minister Ishaq Dar was angry when Sharif brothers left for Jeddah, adding that he was hopeful that former president General (r) Pervez Musharraf would appoint him as Finance Minister after confessional statement.

The PTI leader said that all political parties are agree on the prime minister’s resignation.

On the occasion, PTI leader Asad Umer said that Ishaq Dar cries about his truthfulness but didn’t reply about Sharif family’s allegations, adding that it is not suitable for Ishaq Dar to hold on to his portfolio.

Asad Umer went on to say that declaring JIT report an international conspiracy is like keeping your eyes away from reality.

“The country is facing financial deficit and the economy is going down,” he added. He asked Ishaq Dar how long he will keep defending these criminals.