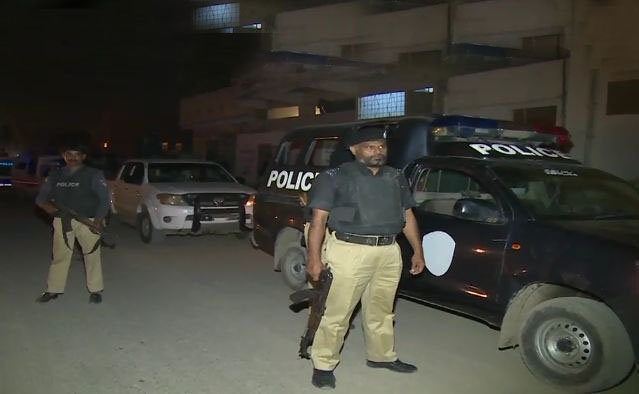 KARACHI (92 News) – The law enforcement agencies have on Wednesday detained an activist of a political party during a raid conducted near Karachi’s Kala Pull area. He was shifted to unknown place for interrogation. On the other hand, police have arrested a Lyari gang war criminal during an operation carried out in Lyari. During the raid, the law enforcers have also recovered weapons from the possession of the accused.