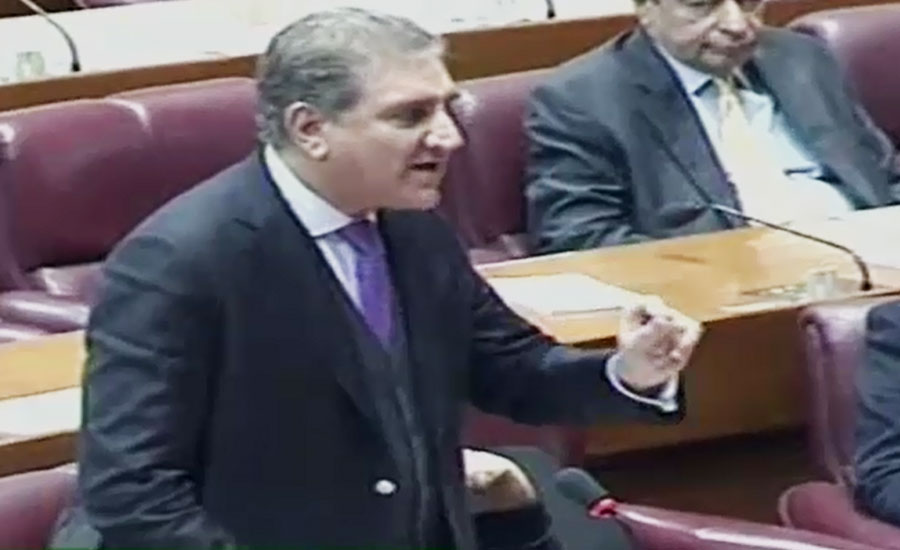 ISLAMABAD (92 News) – Minister for Foreign Affairs Shah Mehmood Qureshi has said on Monday that there is needed to require political solution for the issue of Afghanistan. Addressing on the floor of National Assembly, the minister termed that the lasting peace in Afghanistan is in the interest of Pakistan. “Instability affected on Pakistan badly,” he added. FM Qureshi mentioned that although Pakistan was committed to facilitate a negotiated end to the 17-year-old Afghan war, it could not do the task alone and that other regional countries, including India, needed to play their part. He said US president Donald Trump in a letter to Prime Minister Imran Khan had asked Pakistan to help and facilitate the peace process in Afghanistan which he said Pakistan was already doing. He noted that US special envoy for Afghanistan Zalmay Khalilzad had also visited Pakistan thrice in this regard. Speaking about relations with India, the foreign minister expressed the hope that New Delhi will reciprocate Pakistan’s goodwill gesture of taking the initiative to open the Kartarpur corridor for Indian Sikh pilgrims. Qureshi said the opening of the Kartarpur border on Pakistan’s side had created goodwill for the country at the international level. He pointed out that the Indian government approved the resolution of opening Kartarpur Corridor in a cabinet meeting.