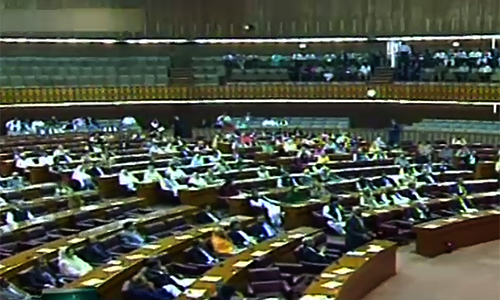 ISLAMABAD (92 News) – Political temperature went up during the joint session of the parliament on Monday. Opposition Leader in the National Assembly Khurshid Shah put several questions to the government about the Musharraf leaving the country. PTI leader Shah Mahmood Qureshi also continued to speak out against the government over the Musharraf issue. Interior Minister Ch Nisar said that he could make all of them silent, but he was keeping in mind the sanctity of the parliament.