Politics being played in PIA, strike is against Pakistan: PM Nawaz Sharif 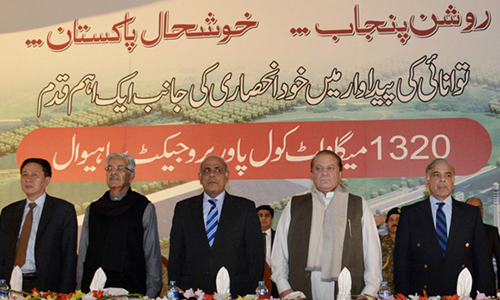 Politics being played in PIA, strike is against Pakistan: PM Nawaz Sharif

SAHIWAL (92 News) – Prime Minister Nawaz Sharif has said that politics is being played in the Pakistan International Airlines.

Addressing a gathering after reviewing Sahiwal Coal Power Project on Tuesday, he said the strike was against Pakistan.

“Strikes and sit-ins are staged done to block the progress. The opponents should keep in their mind that we do not care for such hurdles. The government will continue its work at all costs,” he said.

The prime minister said that several projects, including power generation, would have completed had the sit-in not staged by the PTI. “We will not let the opponents succeed.”

Appreciating the performance of the government, he said that the projects of long duration were being completed in the shortest time.

He claimed that the Chinese government, which is a partner in the projects, has also acknowledged transparency and performance of the government.