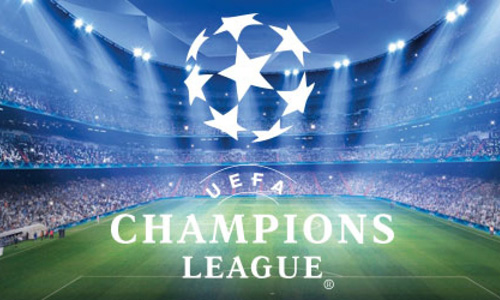 BERNE - The possibility of a final between teams from Russia and Ukraine plus the chance of qualifying for the Champions League has added some spice to the Europa League which reaches the quarter-final stage on Thursday. Napoli, in particular, will be glad of the rule change introduced this season, which allows the Europa League winners a back door entry into the Champions League, as their chances of qualifying through the Serie A route have all but fizzled out. Rafael Benitez's team are seven points adrift of the Serie A Champions League places after a dismal run which has infuriated club president Aurelio Di Laurentiis. Napoli, who visit Bundesliga side VfL Wolfsburg in their quarter-final, first leg on Thursday, have been confined to a training camp, despite ending a four-match winless run in Serie A with a 3-0 home victory over Fiorentina on Sunday. Di Laurentiis has also imposed a "silenzio stampa", or media blackout, which is a favoured recourse for Italian sides when things are not going well. Despite repeated criticism of Benitez, who won the Europa League with Chelsea in 2013, the Spaniard has taken Napoli to the last eight of a European competition for the first time since 1989 when a Diego Maradona-inspired team won the UEFA Cup. Wolfsburg are second in the Bundesliga and should qualify for the Champions League through the domestic route. The other three ties feature two Ukrainian sides, Dnipro Dnipropetrovsk and Dynamo Kiev, as well as Russia's Zenit St Petersburg, increasing the chances that clubs from the two countries could end up in the final in Warsaw. POLITICAL TENSION UEFA's Emergency Committee decided to keep teams from the two countries apart since last July due to the tension between them following Russia's annexation of Crimea and civil unrest in the Russian-speaking east of Ukraine. Dnipro, third in the Ukrainian league, visit on-song Club Bruges, who are unbeaten in 14 games in the competition since entering the fray in the third qualifying round. Michel Preud'homme's team, who lead the Belgian league and have already won the domestic cup, will seek to revive the spirit of their 1970s heyday, when Ernst Happel led them to the European Cup and UEFA Cup finals, losing both to Liverpool. Dynamo Kiev, the other Ukrainian side, host Fiorentina and look to be favourites versus a side who have lost their last two domestic games 3-0 against Juventus and Napoli. Fiorentina's big hope, as they attempt to win a European trophy for the first time since lifting the Cup Winners' Cup in 1961, is Egypt forward Mohamed Salah, who has been in inspired form since moving on loan from Chelsea in January. Two sections of Dynamo Kiev's stadium will be closed for the game due to racism and safety issues in the previous round against Everton. Holders and three-times winners Sevilla, fifth in La Liga, host Russian Premier league leaders Zenit St Petersburg, who have four key players suspended. Hulk, Danny, Igor Smolnikov and Domenico Criscito will all be missing after they were among seven Zenit players booked in their last outing against Torino Sevilla coach Unai Emery and his opposite number Andre Villas-Boas, who led Porto to the title in 2011, are aiming to win the competition for the second time. - Reuters