Politics today is like Medieval War of the Roses, says actor Ralph Fiennes 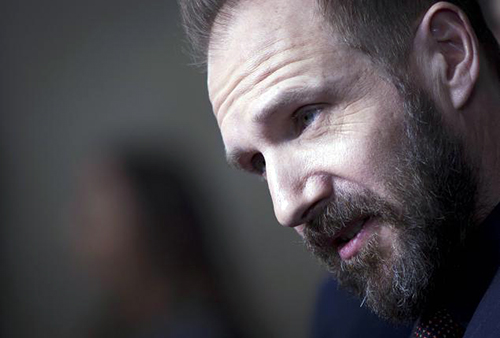 Politics today is like Medieval War of the Roses, says actor Ralph Fiennes

LONDON – British actor Ralph Fiennes has compared the current infighting among British politicians to William Shakespeare's portrayal of England's 15th Century Wars of the Roses in an interview with Reuters. Fiennes, the award-winning star of films such as Schindler's List and the English Patient, is for the first time playing King Richard III, whom Shakespeare depicts as a sadistic, crafty hunchback, at London's Almeida Theater. Richard was re-interred last year at Leicester Cathedral in central England, after his remains were found under a car park in the city in 2012. Some 530 years earlier, he had been slain at the Battle of Bosworth Field - the last significant battle of the War of the Roses, a 30-year conflict for the English throne. Fiennes likened Shakespeare's villainous king to the actions of current politician Michael Gove after David Cameron announced last month he would quit as prime minister following the vote to leave the European Union. Gove was accused of betraying fellow Conservative lawmaker Boris Johnson by withdrawing his support for the ex-London Mayor's leadership bid and announcing his own intention to run for the top job - a position Gove said he had never wanted. "His endless protestations that he was not fit to be leader is classic Richard," Fiennes said. "Whatever side of the political divide you're on, you see that once the head has been cut off, chaos ensues, both in Europe but also in both political parties here, and that's what he (Shakespeare) foreshadows," said the theater's artistic director, Rupert Goold. Fiennes is performing alongside fellow British actor Vanessa Redgrave under the direction of Goold, who has given the play a modern feel: it opens with the 2012 discovery of the king's remains, and features mobile phones. The play will be broadcast live across the world later on Thursday, in a first for the theater. –REUTERS