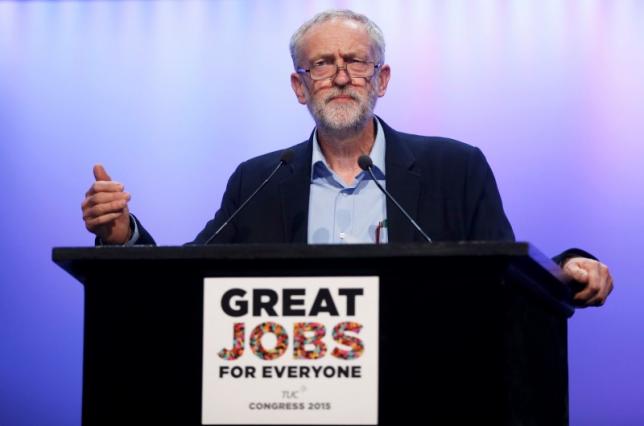 LONDON - Almost three in four people do not believe that the new leader of Britain's opposition Labour Party, Jeremy Corbyn, looks like a prime minister-in-waiting, according to a poll published in The Independent newspaper on Saturday. Corbyn, a veteran left-winger, opponent of austerity and anti-war campaigner, was elected as the leader of the Labour Party last Saturday. His first week as leader has seen senior figures in his party apparently adopt conflicting policy positions. Supporters argue this reflects a less authoritarian form of political leadership and openness to competing views. The ORB survey of 2,000 people found only 28 percent agreed with the statement: "Jeremy Corbyn looks like a prime minister-in-waiting," while 72 percent disagreed. The survey found Corbyn's election has made one in five people who voted for his party at the May general election more likely to vote Conservative next time. It found 37 percent of Labour voters were less likely to back the party at the next election. However, the poll did suggest that Corbyn's anti-austerity message could revive Labour's prospects in Scotland, where it was routed by the Scottish National Party in May. In the poll, some 36 percent of people who voted SNP then said they were more likely to vote Labour at the next general election with Corbyn as leader. A separate ComRes poll commissioned by the Independent on Sunday and Sunday Mirror found that Corbyn's election had failed to close the gap between the Conservatives and Labour. The poll found the Conservative support up 2 percentage points at 42 percent since its August poll, with Labour up 1 percentage point at 30 percent. UKIP remain third with 13 percent. -Reuters