ISLAMABAD (92 News) – The vote count started after the polling for the elections of Supreme Court Bar Association (SCBA) ended on Tuesday. As many as 44 candidates are contesting for 22 posts. A tough competition is expected between Asma Jahangir’s group candidate Kaleem Ahmad Khursheed and Professional group candidate Hafiz Abdur Rehman Ansari is expected for president’s slot, while A tough CONTEST is likely between Mian Aslam and Safdar Tarrar for the slot of the secretary. The polling which started at 9:00am continued until 5pm without any interval. Polling is also underway in other parts of the country including Multan, Bahawalpur, and Abbottabad. A total of 2,979 registered voters nationwide are exercising their vote of franchise. 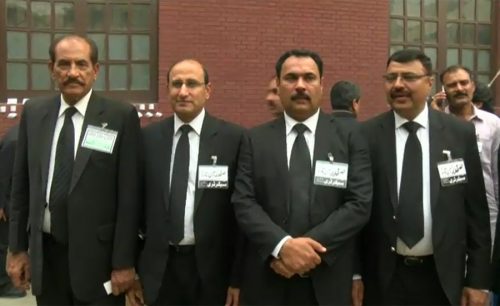