KARACHI (92 News) – Muttahida Qoumi Movement Pakistan (MQM-P) candidate Hashim Raza is leading in by-elections at PS-94 Korangi (Karachi-VI), as per unofficial results on Sunday. According to initial, unofficial results obtained from 97 polling stations, Muttahida Qoumi Movement Pakistan (MQM-P) candidate Hashim Raza was leading the vote count by obtaining 12591 votes whereas Pakistan Tehreek-e-Insaf (PTI) candidate Ashraf Jabbar Qureshi polled 6077 votes. Earlier in the day, polling started amid tight security at all polling stations in the constituency. The total registered voters in the constituency are 246, 477, of which 136,808 are male voters and 109, 641 female votes. The polling process started at 8am and ended at 5pm without any interruption. 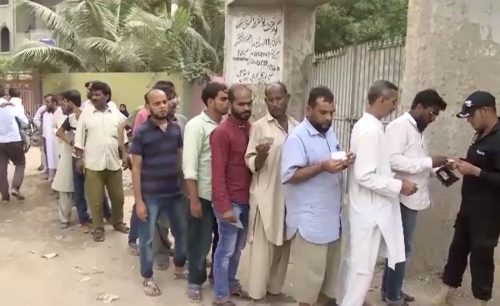