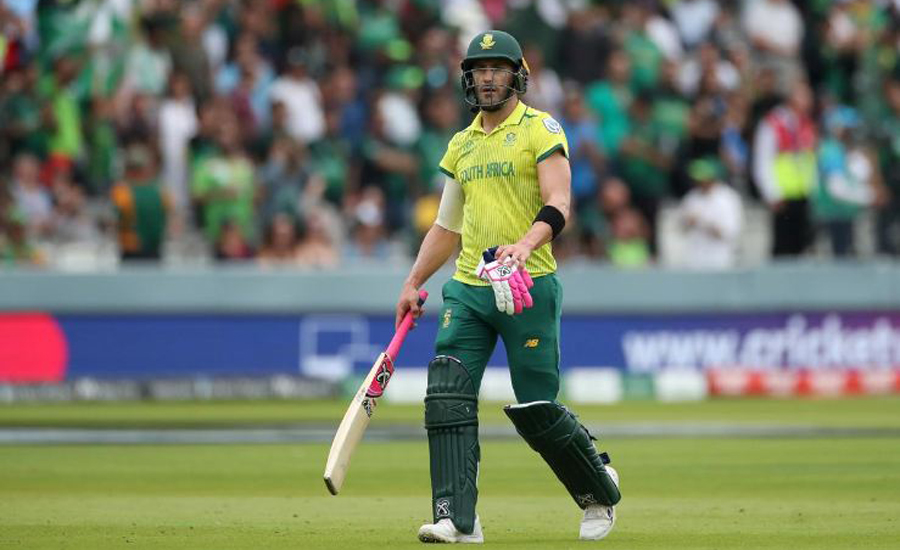 CAPE TOWN (Reuters) – South Africa captain Faf du Plessis spoke previously of how his team were entering the Cricket World Cup ‘under the radar’ as an outsider for the title, but leave the tournament with barely a blip after an abject display in England. Just a single win seven matches has left them with an embarrassing early elimination that will likely have repercussions for many in the team. The post mortem on the tournament will now begin with South Africa having two games still to play, with question-marks over team selection, tactics and a lack of intensity that contradicts their team ethos of bringing ‘Protea Fire’ to the pitch. There has not been one singular area to point a finger of blame, the truth is the side have struggled badly with the bat, been inconsistent with the ball and too sloppy in the field, missing chances at crucial junctures. “It really has been difficult to watch. I try and consider the plans and thoughts but I’m baffled,” former captain Graeme Smith commented. It almost certainly means the end of Ottis Gibson’s stay as coach of the side after he had been mandated by Cricket South Africa to win the trophy. Marginal failure might have been accepted, but there will now be public pressure to make changes. South Africa entered the tournament ranked number three in the world in One-Day Internationals, having won their last five series in the 50-over format. But those statistics need deeper analysis. Victory in Sri Lanka 12 months ago was the highlight of that run, and was followed by home wins over desperately poor Zimbabwe, inconsistent Pakistan and the Sri Lankans again, this time a crushing 5-0 success. There was also a 2-1 away win in Australia, but that came against an under-strength home team still reeling from the fallout of the sandpaper-gate controversy. “We need to be realistic, when the team left South Africa it was with only a bit of hope of winning the tournament,” former South Africa batsman and 2011 World Cup-winning coach Gary Kirsten told reporters. “I had a sense that the batting was a bit inconsistent, I think the pitches back home can play a role, they’ve been very up-and-down and that could have an effect on the consistency of the batsmen. We were always a bit light on the batting front and AB de Villiers would have made a big difference at four.” ‘LOW ON RUNS’ The decision to take opener Hashim Amla, 36, had been the subject of much debate before the tournament and he will likely carry some of the blame. But the fact is that no batsmen has scored more than 68 in a tournament played on good tracks, which is an indictment on the whole team. “There’s a lot of guys low on runs,” Du Plessis conceded. “You need at least three out of your five guys firing in a tournament like this to be successful, and at the moment, that’s not happening.” South Africa had pinned their pre-tournament hopes on their bowling attack, with Du Plessis suggesting on numerous occasions there was a confidence they could bowl any side out for below the target set by their batsmen. The loss of experienced seamer Dale Steyn to injury was a blow, but 40-year-old leg-spinner Imran Tahir aside, none of the others have been able to fire consistently. Du Plessis also blamed a poor start to the tournament where the side lost their opening three games, including a surprise defeat by Bangladesh, as a major factor. “The frustrating thing for us at the moment is we have got more people going through lows than highs right now, and therefore, the team confidence is low,” he said. South African teams have been accused of ‘choking’ on the big stage in the past, but that has not been the case this year. The truth is they have simply not played good enough cricket.