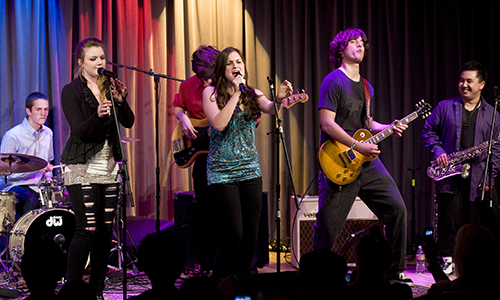 LONDON – Music can powerfully influence mood, and for older people, the negative depictions of aging in most popular music can be a downer, researchers say. They analyzed images of aging conveyed in 76 songs whose lyrics invoke the topic. Most images were negative, they found. “We’re aware that the number of people over age 60 will probably double by 2050, and we’re very keen that that aging experience is a positive one,” said lead author Jacinta Kelly of Anglia Ruskin University in Cambridge, U.K. In music, aging is often associated with dependency and frailty and physical decline rather than with attractiveness, Kelly told Reuters Health by phone. “What we’re trying to get across is that this kind of bitterness or hostility is promoted or conveyed and it’s not a trivial thing to explore,” she said. “You can absorb negativity and it can have consequences for your health.” Harboring hostile attitudes toward aging can have negative effects on cardiac health, while a positive outlook can actually improve longevity by five to seven years, she said. The researchers searched lyrics databases for English language songs relating to age or aging, settling on 76 relevant songs, mostly from the U.S. and U.K., with an average of nine songs recorded each decade between the 1930s and today. The number of relevant songs increased sharply in the 2000s. They found three major categories of depictions of aging: “contented and celebrated,” “pitiful and petulant” or “frail and flagging.” Only 21 songs, including Dusty Springfield’s “Goin’ Back” and Bob Dylan’s “Forever Young” took a positive view of aging, while 55 took a negative view, according to the results in the Journal of Advanced Nursing. The rest characterized older people as self-pitying and lacking in self-esteem, as in Kris Kristofferson’s “Feeling Mortal” and Leonard Cohen’s “Because Of” or with fear and loneliness, as in Celine Dion’s “All By Myself.” The study “demonstrates one aspect of ageism in society and in popular culture,” said Gerard M. Fealy of the University College Dublin College of Health Sciences, who was not part of the new study. “We tend to identify older people with negative terms,” Fealy told Reuters Health by phone. “And with chronological age as opposed to who they are as people.” Our society "valorizes youth" and marginalizes the aged, which can even shape public and social policy, he said, citing, for example, recent suggestions by economists in Ireland that older people whose children have left home could be incentivized to sell their homes to help ease the housing crisis, making more space available for younger people. “I would never wish to censor music lyrics, not in any way,” Fealy said. “But we can create a counter discourse to redress some of the ageism.” “Most older people had a past that was interesting, exciting, and valuable,” and most young people, if they’re lucky, will one day be old, Fealy said. –Reuters