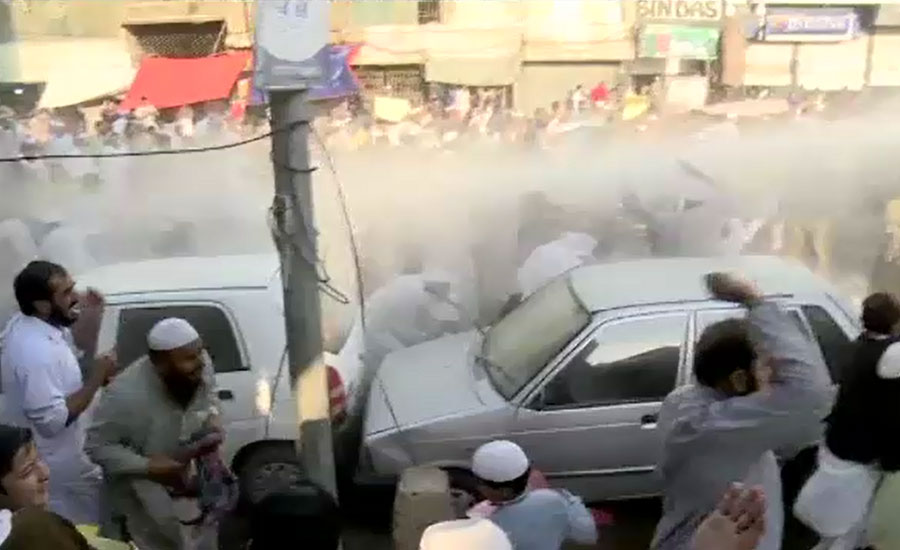 KARACHI (92 News) – Police on Sunday used water cannon and baton-charge against the Port Qasim Authority protesting employees to stop them from reaching Governor House, where Prime Minister Imran Khan was present on the Karachi visit. It is pertinent to mention here that the employees had been staging protest outside the Karachi Press Club for over two months against non-payment of their salaries by their employer. On the arrival of the prime minister in Karachi, the protestors started march towards the Governor’s House from the Karachi Press Club. Meanwhile, the police used water cannon and baton charged to push back the protestors from going towards the Governor House. While a large contingent of police placed blockades near Fawara Chowk to block the road leading to Governor House. The traffic was affected due to the blockade of the road. Governor House comes under the red zone, where Section 144 has been imposed. The police used water cannon to disperse them near Zainab Market. After negotiation with the police, the agitating protestors of Port Qasim staged sit-in outside the Karachi Press Club.