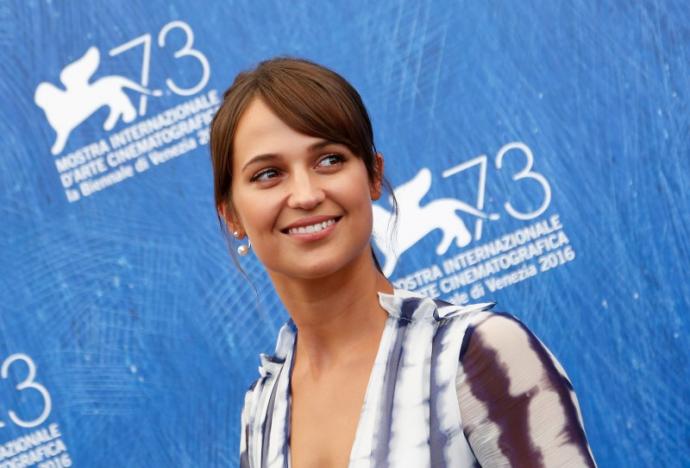 VENICE - Portraying the joys and pains of motherhood in Derek Cianfrance's "The Light Between Oceans" that premieres at the Venice film festival was one of the biggest challenges for 27-year-old Swedish actress Alicia Vikander. The story, set in Australia in the 1920s, is the tragic tale of a lighthouse keeper, played by Michael Fassbender, and his wife (Vikander), who have suffered two miscarriages when a baby in a boat washes ashore their remote island. They decide to raise the child as their own, until they meet the child's real mother years later. "I haven't had a child yet ... so knowing that half of the audience, or half of the women watching it will just feel like 'she doesn't really know what it's like', was something I felt a bit pressured by," Vikander, who won an Oscar for her role in "The Danish Girl", told a news conference. Cianfrance's drama, based on a novel of the same name, is one of 20 movies competing for the Golden Lion that will be awarded on Sept. 10. The director said he was immediately attracted to the book because of its battle between truth and love, and chased it for a year before he was given a chance to direct it. "I don't think any of these characters in this film are good or bad, don't think they ever meant to hurt somebody, but they make decisions with their heart and with their emotions and there are consequences to those emotional decisions," he said. Vikander said she was nervous to work with Fassbender, who she described as "one of the most brilliant actors out there", but the energy she brought to the movie impressed. "I was kind of scared when Alicia came she was so fierce and hungry ... I really felt like I had to get my shit together and really respond and just be there and be as present as she was," Fassbender said. The two are now dating. -Reuters