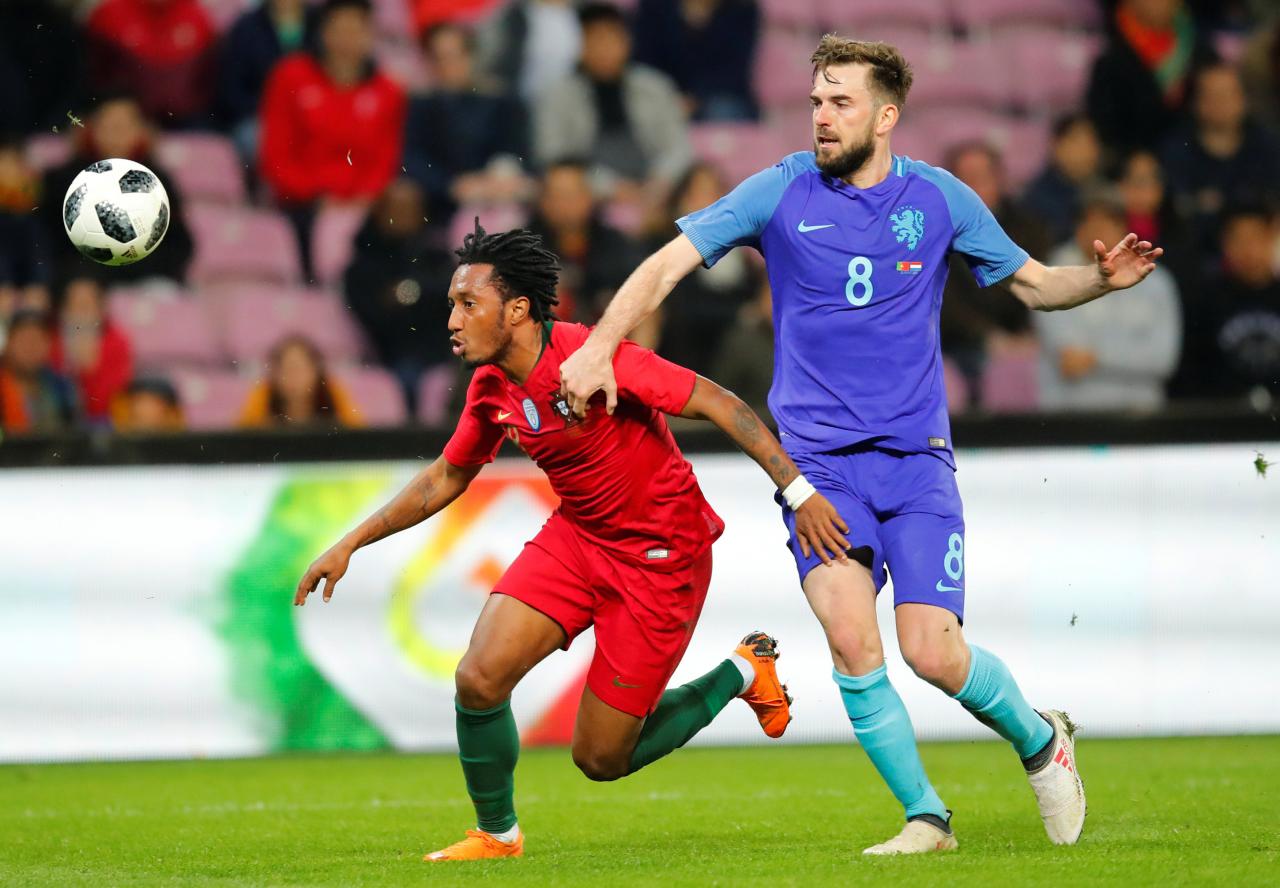 GENEVA (Reuters) - European champions Portugal suffered a first-half collapse and had Joao Cancelo sent off just past the hour in an embarrassing 3-0 World Cup warm-up defeat by the Netherlands on Monday.

Memphis Depay, Ryan Babel and Virgil van Dijk all scored by taking advantage of uncharacteristically slack defending by Portugal as the Dutch, who failed to qualify for this year’s World Cup, secured a first win for new coach Ronald Koeman.

Portugal coach Fernando Santos, who made nine changes from the team which beat Egypt 2-1 in a friendly on Friday and handed a debut to Napoli fullback Mario Rui, took the blame.

“It could have gone better but the responsibility for the defeat is mine. I was the one who picked the team, watched our opponents and put together our strategy,” he said.

He added that Portugal suffered a home defeat to Bulgaria in a friendly before going on to win Euro 2016.

“We don’t like to draw matches, let alone lose them. I will draw my conclusions. We need to find something positive in this defeat,” said Santos.

Portugal, who face Spain, Iran and Morocco in their World Cup group, dominated possession for the opening few minutes but the Dutch struck first when Depay beat defender Jose Fonte to a loose ball and fired into the net after 12 minutes.

Babel was left unmarked to head in from Matthijs De Ligt’s cross at the far post in the 32nd and it needed a superb save by Anthony Lopes to keep out a Depay header shortly afterwards.

There was no let-off on the stroke of halftime, however, when a Depay free kick was teed up by De Ligt for the unmarked Van Dijk to fire home the third.

Portugal tightened up in defence after halftime and escaped further embarrassment but they suffered more misery when Cancelo was shown a second yellow card for a late challenge.

The Netherlands, who lost 1-0 at home to England on Friday, brought on Justin Kluivert, the 18-year-old son of their former forward Patrick, for his international debut in the 78th minute.