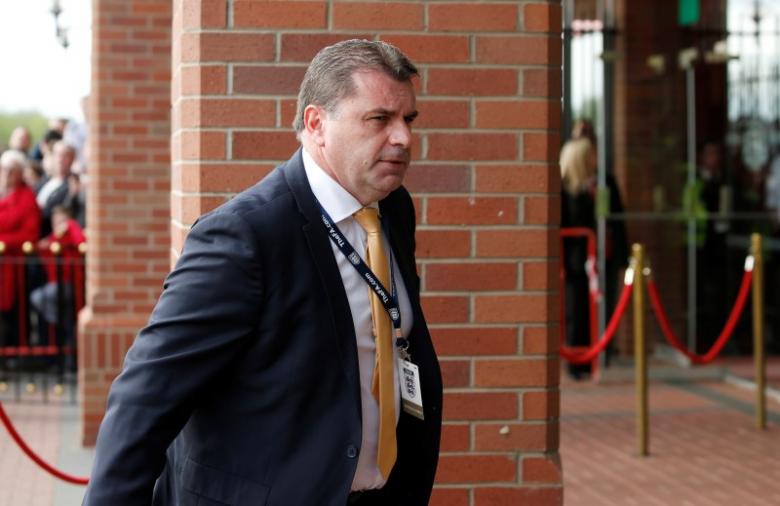 SYDNEY - Australia coach Ange Postecoglou has rewarded James Jeggo and Craig Goodwin for their strong club form in Europe by bringing them into his squad for next month's World Cup qualifiers against Saudi Arabia and Japan. Uncapped Austrian-born midfielder Jeggo, who plays for Sturm Graz, and Goodwin, a versatile left-sided player at Dutch club Sparta Rotterdam, were two of the three additions to the squad that started the final round of Asian qualifying with two wins. Central defender Bailey Wright returns for the Asian champions after recovering from a toe injury, while Josh Risdon, Apostolos Giannou and Nathan Burns drop out of the 23-man squad. Australia's victories over Iraq and the United Arab Emirates put them top of Group B on goal difference ahead of Saudi Arabia, who opened their campaign with wins over Thailand and the Iraqis. The Socceroos travel to Jeddah to face the Saudis on Oct. 6 before returning to Australia to play arch rivals Japan in Melbourne five days later. With automatic qualifying berths for the 2018 World Cup in Russia going to the top two teams in the group, two more wins would put Australia well on the way to a fourth successive appearance at soccer's international showpiece. Melbourne City forward Tim Cahill, who scored his 48th international goal to give the Socceroos a 1-0 victory in Abu Dhabi earlier this month, is the only Australia-based player in the squad. "We've made a couple of slight tweaks to the squad in line with our mantra of selecting players who are in form and fitness and we'd like to have a good look at Craig Goodwin and James Jeggo," Postecoglou said. "We will take the game to both opponents and trust ourselves that we can meet the challenges we face in Saudi Arabia and then back in Melbourne with strong performances and a professional application to the task at hand." Squad: Goalkeepers - Adam Federici, Mitchell Langerak, Mathew Ryan Defenders - Milos Degenek, Alex Gersbach, Ryan McGowan, Trent Sainsbury, Brad Smith, Matthew Spiranovic, Bailey Wright Midfielders - Craig Goodwin, Jackson Irvine, Mile Jedinak, James Jeggo, Massimo Luongo, Mark Milligan, Aaron Mooy, Tommy Rogic Forwards - Tim Cahill, Chris Ikonomidis, Tomi Juric, Robbie Kruse, Mathew Leckie -Reuters