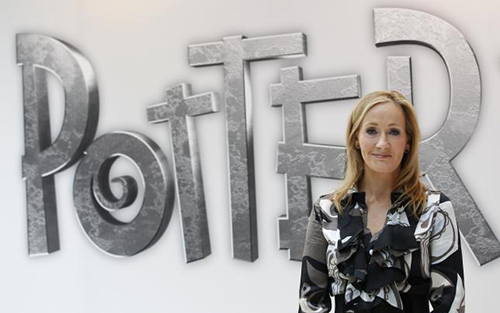 LOS ANGELES/NEW YORK – It's been five years since fans of "Harry Potter" tearfully said goodbye to the boy wizard they had grown up with, but a new play, book release and spin-off film are casting his spell all over again. Fans around the world went into mourning after the final movie, "Harry Potter and the Deathly Hallows: Part 2" in 2011, cemented the end of the seven-book series from J.K. Rowling. But the announcement in 2013 of three "Fantastic Beasts" films, a London play "Harry Potter and the Cursed Child," opening this weekend, and a corresponding book release of the script has expanded the Potter universe and re-awakened fandom. "It seems like (Rowling) had the break she needed and she's now ready to get back to the Potter world in a big way," said Andrew Sims, 27, co-founder of young adult fandom website Hypable.com. "People who read the book as children or teens, today they're in their twenties and thirties. We've all grown up together with Harry and events like book release parties coming up will be us returning to our childhood," Sims added. The seven "Harry Potter" books about an orphaned boy wizard in a magical universe have sold more than 450 million copies worldwide. The movie "Fantastic Beasts and Where to Find Them," opening in November and written by Rowling, is a spin-off from the Potter stories with new characters and plot, set in New York City in 1926. The script of the "Cursed Child" play, being billed as the eighth "Harry Potter" story, is already a US best-selling book with the most pre-orders since 2007. On Saturday, midnight book release parties are planned in US and UK stores, evoking the excitement from a decade ago when fans could not wait to devour the latest novel. In New York City, the Strand Book Store is expecting upwards of 400 people on Saturday night, spokeswoman Whitney Hu said. Fans are encouraged to show up in full costume for a contest and the event will include "Harry Potter" trivia, face-painting and photo booths. Most people who have confirmed their attendance on Facebook are between 20 and 30 years old, Hu said. US bookseller Barnes & Noble, which is also hosting parties, said the Potter books still top their best-selling lists. Chief merchandising officer Mary Amicucci said that the love for Potter is “truly multigenerational.” The "Cursed Child" play, opening Saturday and sold out thought May 2017, has won glowing reviews. It is set 19 years after the final Harry Potter book and is presented in two parts over five hours. Dominic Cavendish of Britain's Daily Telegraph gave it five stars, while Matt Trueman for Hollywood trade paper Variety described it as a "theatrical blockbuster." "Twenty years ago, Harry Potter turned a generation onto reading. 'The Cursed Child' could do the same for theater," wrote Trueman. The Wall Street Journal's Kate Maltby was less impressed, calling the plot "a mess" and full of holes. But she added; "For those who grew up on — and with — Harry Potter, it will revive a powerful addiction to Ms. Rowling’s brand of poignant truth." –REUTERS