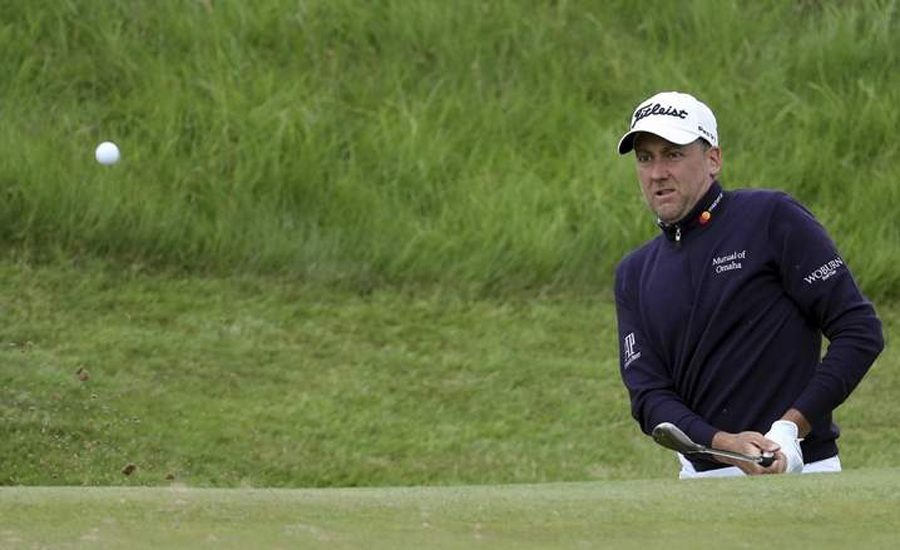 SOUTHPORT (Reuters) - England's Ian Poulter took an early lead on two-under-par at the 146th British Open, which began on Thursday, rolling in two birdie putts on the second and fourth holes.

Rain and crosswinds tested the resolve of the early starters at Royal Birkdale with the first four groups taking a collective 16-over par on the tough par-four first hole.

Former champion Mark O'Meara set the tone by hitting the first shot of the tournament out of bounds, going on to take a four-over-par eight. His playing partner Ryan Moore only did marginally better with a double-bogey six.

Bryson DeChambeau, who last week won the John Deere Classic, was another casualty, also firing his ball out of bounds from the tee before struggling home with a three-over-par seven.

But the early rain eased after an hour, allowing conditions to ease for the later starters.

Sweden's Alex Noren, one of the form players on the European Tour, became the first to get a birdie at the opener, with playing partners Poulter and Scotland's Russell Knox also getting on the green in regulation two to record pars.

Poulter, who finished runner-up on this course to 2008 winner Padraig Harrington, then rolled in an 18-foot birdie on the second to join Noren and England's Danny Willett with a share of the lead on one-under.

Playing in white trousers and short ankle socks - a brave combination under the conditions - Poulter seemed at ease on the greens, made slower by the heavy rain of the previous evening.

Poulter took the lead outright to go two-under on the fourth, with another perfect putt.