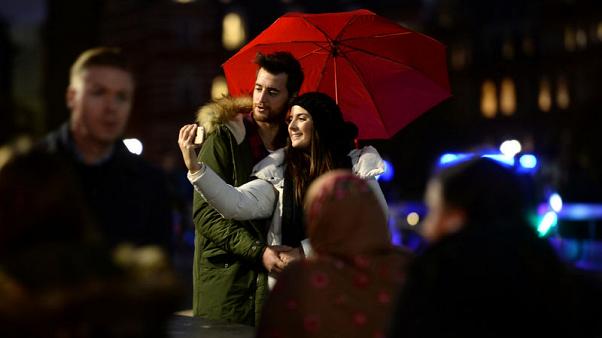 LONDON (Reuters) - London was the number one destination for European tourists in 2017, a study showed on Tuesday, as the cheaper pound made it attractive to both domestic and foreign visitors despite a spate of militant attacks on the British capital this year.

London saw a 24 percent increase in bookings from Europe and retained its position as the top visitor destination for the second year running.

“The fall in the value of the pound since the Brexit referendum in 2016 appears to have been a key driver of growth, as visitors to the UK can now get more for their money,” the eDreams ODIGEO “European Traveller Insights 2017 Report” said. Sterling is down around 10 percent since Britain voted to leave the European Union in June 2016, due to uncertainty over how the split from its biggest trading partner could affect growth prospects.

The fall in the value of the pound boosted the city’s appeal to British tourists too, with a rising appetite for staycations making it the number one destination for UK travellers. Last year, it ranked fourth among British tourists.

Militant attacks have targeted landmarks such as the parliament at Westminster this year, as well as revellers in the London Bridge area on a busy Saturday night. Tourists were caught up in both attacks, and the majority of the victims were foreign.

The data showed that other European cities which have been attacked by militants in recent years, such as Berlin and Paris, also saw bookings rise, by 10 percent and 4 percent respectively.

“This data suggests that traveller numbers have remained resilient, with no signs of a significant long-term impact to the numbers visiting these major European cities for 2017,” the authors of the report said. The report is based on European bookings made on eDreams ODIGEO’s online platform between January and September 2017.