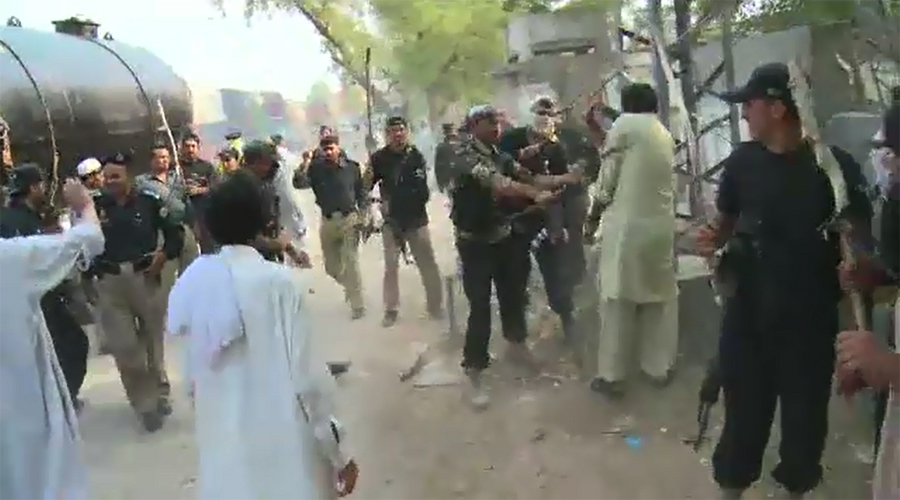 NOWSHERA (92 News) – The police baton charged the villagers protesting against long power loadshedding on Wednesday. The villagers staged a demonstration on Mardan Road. The police also tear-gassed the protesters and arrested several of them. The protesters said that the power supply to several villages had been suspended since 1am.