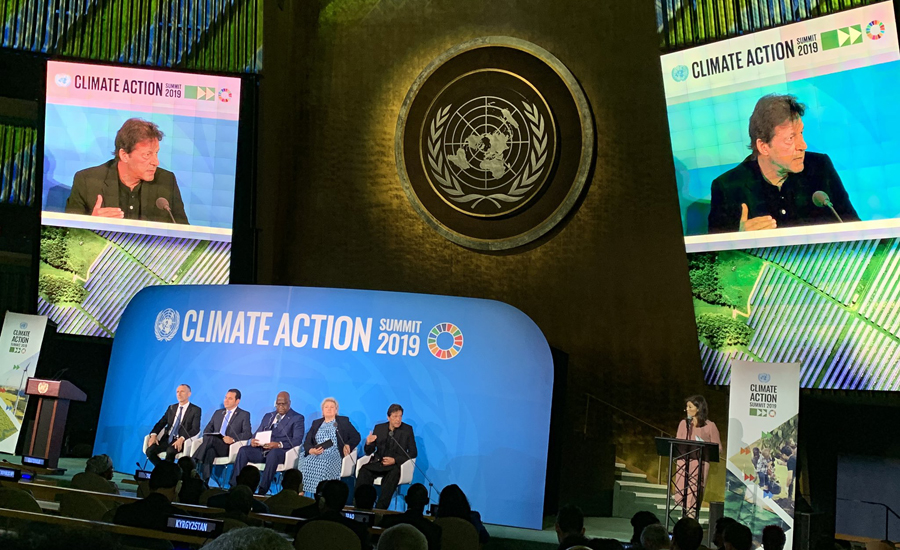 NEW YORK (92 News) – Prime Minister Imran Khan said that the world will have to jointly work to deal with the climate change issue. Addressing UNSG’s Climate Action Summit on Monday, he said that the government had apprehended a year ago that Pakistan faces severe climate change issue. “We made a plan to plant one billion trees in Pakistan. We planted over one billion trees during five years,” he said. He said that it seems that refugees would increase in future due to the climatic change. “The powerful countries should play their role to deal with the climatic change problems,” he urged. The prime minister said that Pakistan is at number 7 among the countries affected by greenhouse gasses. “We can do nothing over the climatic change,” he said. Reuters reports Earlier, teenage climate change activist Greta Thunberg opened the United Nations Climate Action Summit with an angry condemnation of world leaders for failing to take strong measures to combat climate change - “How dare you,” she said. A visibly emotional Thunberg, 16, said in stern remarks at the opening of the summit that the generations that have polluted the most have burdened her and her generation with the extreme impacts of climate change. “This is all wrong. I shouldn’t be up here. I should be back in school on the other side of the ocean yet you all come to us young people for hope. How dare you,” said the Swedish teenager, her voice quivering. 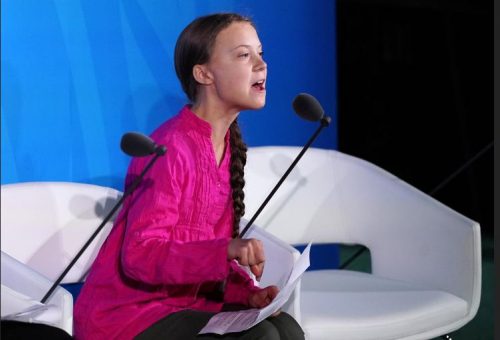 “You have stolen my dreams and my childhood with your empty words,” Thunberg said, adding that the plans that leaders will unveil will not be enough to respond to the rate of the planet’s warming. Thunberg has galvanized a new wave of climate change activism through her weekly Fridays for Future school strikes, which she began with her weekly, solitary protests outside of the Swedish parliament. UN  Secretary-General Antonio Guterres had warned governments ahead of the event that they would have to offer action plans to qualify to speak at the summit, which is aimed at boosting the 2015 Paris Agreement to combat global warming. In his opening remarks, he tried to capture the urgency of climate change and called out the fossil fuel industry. “Nature is angry. And we fool ourselves if we think we can fool nature, because nature always strikes back, and around the world nature is striking back with fury,” Guterres said. “There is a cost to everything. But the biggest cost is doing nothing. The biggest cost is subsidising a dying fossil fuel industry, building more and more coal plants, and denying what is plain as day: that we are in a deep climate hole, and to get out we must first stop digging,” he said.