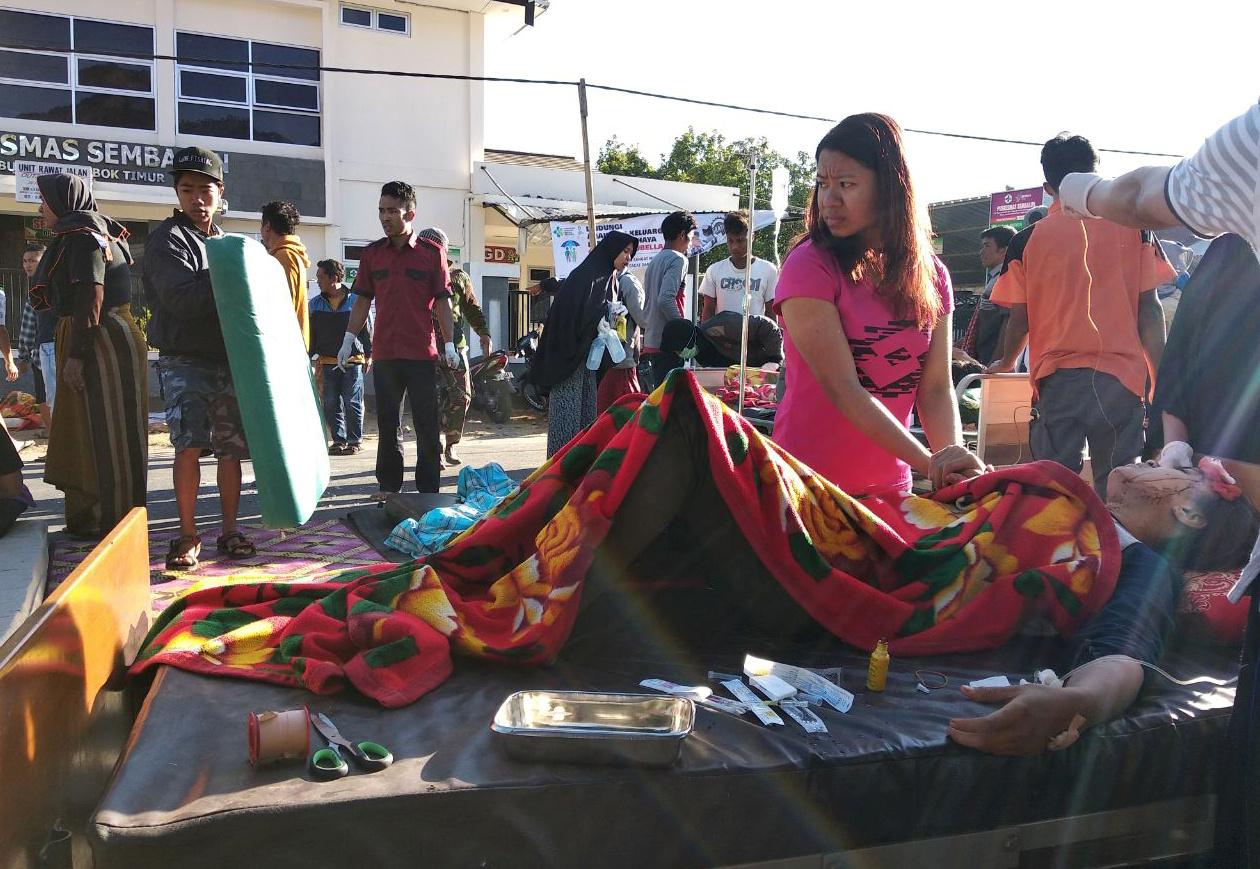 JAKARTA (Reuters) - A powerful 6.4 magnitude earthquake struck the popular tourist destination of Lombok in Indonesia on Sunday, killing three people and damaging many buildings, the country’s disaster mitigation agency said. The quake hit Lombok island early in the morning when many people were still sleeping. Twelve people were injured and many fled into open fields away from collapsed buildings. “We jumped out of our beds to avoid anything falling on our heads,” said Jean-Paul Volckaert who was woken by the quake while sleeping in the Puncak Hotel near Senggigi on Lombok. “I’ve been walking around but so far there is no damage. We were very surprised as the water in the pools was swaying like a wild sea. There were waves in the pools but only for 20 to 30 seconds,” he told Reuters via telephone. “The people in the villages may have damages. It’s still early morning here.” The quake was centered 50 km (31 miles) northeast of the city of Mataram on the northern part of Lombok island, the US Geological Survey (USGS) said. Sutopo Purwo Nugroho, the disaster mitigation agency spokesman, posted on Twitter pictures of houses with collapsed roofs and walls. “People are gathering on the streets and empty fields to avoid collapsing buildings,” he said. “The main focus now is evacuation and rescue. Some of the injured are still being treated at clinics.” Around 43 quakes were recorded after the initial 6.4 magnitude tremor, with the largest aftershock recorded at 5.7 magnitude, said the disaster mitigation agency. The major quake was felt on the neighbouring island of Bali, Indonesia’s top tourist destination. The quake may have also impacted Mount Rinjani national park, a popular trekking destination. “Rinjani mountain climbing is closed temporarily because there are indication of landslide around the mountain,” Nugroho, said in a statement. Local news Metro TV reported that people were still sleeping when the first quake hit and they quickly fled their houses in panic. Most of the people were still waiting outside their houses in fear of aftershocks, Metro TV said. The earthquake  was only 4.35 miles deep (7 km), a shallow depth that would have amplified its effect. The second struck less than a hour later A magnitude 6.4 earthquake is considered strong and is capable of causing severe damage. The European-Mediterranean Seismological Centre (EMSC), the European quake agency, put the magnitude at 6.5. The earthquake was on land and did not trigger any waves or tsunami. Lombok is the next island east of Bali. Quakes are common in Indonesia, which is located on the seismically active “Ring of Fire” that surrounds the shores of the Pacific Ocean.