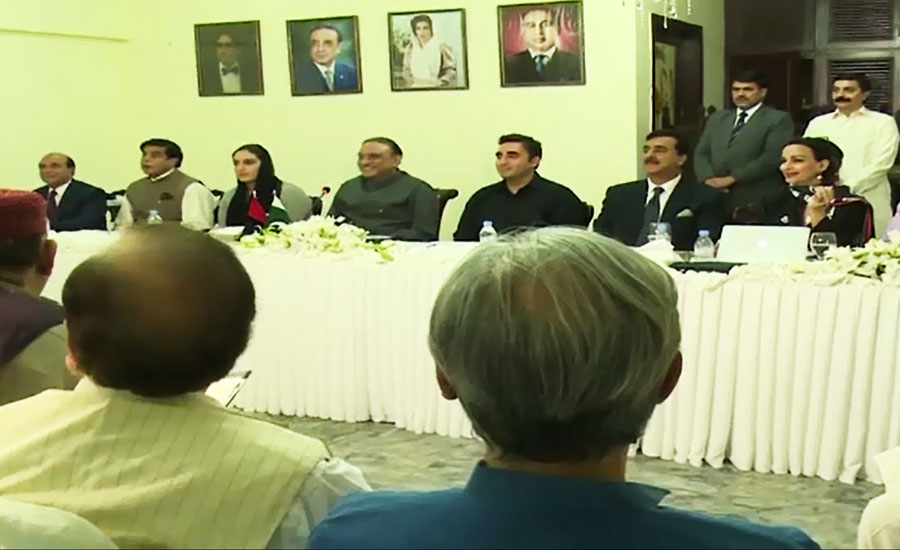 KARACHI (92 News) – The Pakistan Peoples’ Party (PPP) announced to hold protest on Friday (today) against Prime Minister Imran Khan’s remarks about PPP Chairman Bilawal Bhutto Zardari. According to the reports, in the first phase of protest, the PPP workers will hold protest in Hyderabad, Larkana, Sukkur and Nawabshah. It also said that they will stage protests in Karachi and Mirpur on April 28. A day earlier, the PPP announced that it would hold protests across Sindh against the Pakistan Tehreek-e-Insaf (PTI) leadership for their ‘improper’ remarks against Bilawal Bhutto. “Statements against Bilawal Bhutto by the senior PTI leadership, including the prime minister, are inappropriate,” said Peoples Youth Wing President Javed Nayab Leghari, adding that such remarks against the PPP leadership will not be tolerated.

Prime Minister Imran Khan lambasted Pakistan Peoples Party (PPP) Chairman Bilawal Bhutto Zardari, calling him ‘Sahiba’ and vowed that he would not spare any looter of the country. Addressing a public gathering, he said accountability of corrupt politicians will be completed and no National Reconciliation Ordinance (NRO) will be given to them. “I unlike Bilawal Bhutto ‘Sahiba,’ didn’t come into power on a piece of paper (will) insinuating that the party was handed down to me by my mother as part of property,” he mentioned. Bashing at the opponents, Imran Khan termed that the two parties’ [PPP and PML-N] leaders looted the country and took all its money abroad leaving nothing in national kitty. He added that the former rulers also took huge loans but never spent it upon the people of the country. PM Khan assured that he will not spare all these looters no matter how much they criticise the PTI government. “This is my message to all of them, the Sharifs, the Zardaris and all other looters that I will not spare you people even if it takes all the time to hold you accountable for all my struggle is against corruption,” he said. Imran Khan has maintained that the tribal people are true patriots and they have rendered great sacrifices for the nation. He said survey is in progress to assess damages suffered by the tribal people due to terrorism. Slamming Jamiat Ulema-e-IslamFazl (JUI-F) chief, the prime minister declared Fazlur Rehman as the twelve player of the team. He also said that they all united on the name of so called ‘democracy’ to save their corruption. “I do not come into rule for installing my own factories,” adding, “I am here to conduct accountability of corrupt elements in the country.” He also assured that he will not let spare anyone who looted the money of country.