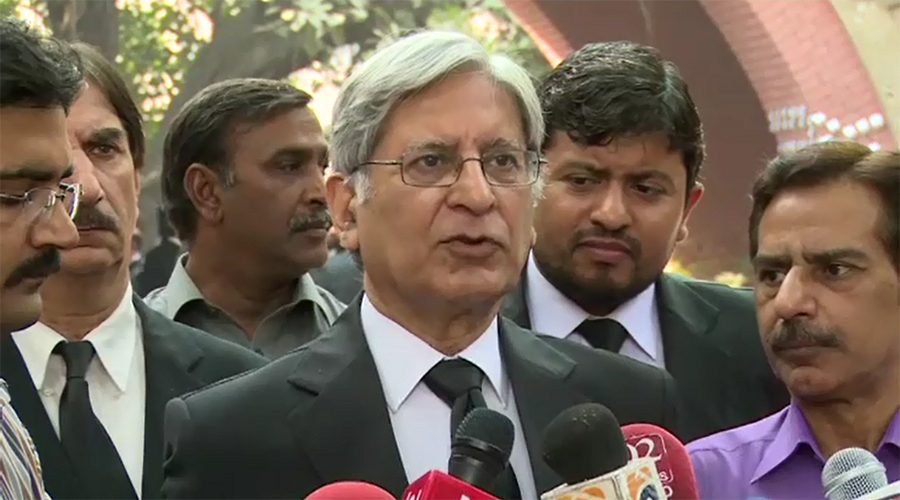 LAHORE (92 News) – Opposition leader in Senate Aitzaz Ahsan said Monday declared Pakistan Tehreek-e-Insaf (PTI) chairman Imran Khan right on the issue of Panama leaks. Talking to media in Lahore High Court premises, he said that the process of accountability must start from Nawaz Sharif, adding that all the institutions are under the prime minister due to which the institutions are not carrying out action against him. The PPP leader said that all the institutions would have taken action if there is someone else other than PM Nawaz Sharif. Aitzaz Ahsan said that the PPP is not joining the PTI’s sit-in but their party can join the November 2 sit-in if the government arrested the PTI’s leadership. He said that the political activists shouldn’t be tortured, adding that the PPP would keep an eye on the situation during the PTI’s sit-in.